Craig is taking part in all FOUR of Scotland's Kiltwalks. 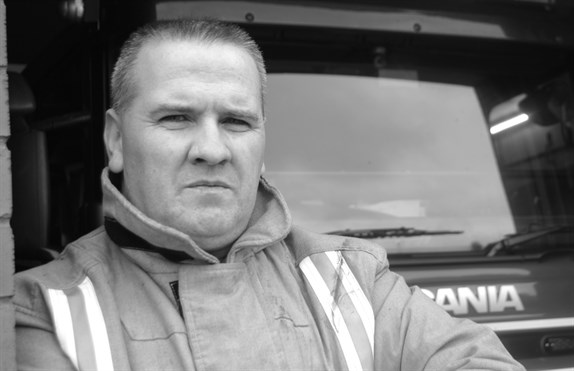 A committed firefighter will walk more than 100 miles to raise funds for charity.

Watch Manager Craig McFie, 41, will participate in a quartet of hard-hitting 26 mile walks in an effort to provide financial assistance to the Scottish Fire and Rescue Service’s Family Support Trust.

Craig’s quest will see him complete challenges in Glasgow, Aberdeen, Dundee and Edinburgh this year.

The 41-year-old dad of two has previously taken part in five individual Kiltwalks – one a year- but has never done anything on this scale.

He was inspired to initially get involved after his son, Logan, seven, spent time in Glasgow’s Yorkhill Hospital as a baby after being diagnosed with a bowel condition.

Craig said: “When Logan was born he spent the first nine weeks of his life in Yorkhill. He had Hirschsprung’s disease, which meant the lower part of his bowel didn’t work properly.

“He needed keyhole surgery, but thankfully it’s all sorted now and Logan is healthy and happy.

“Six or seven of us eventually decided to do the Glasgow Kiltwalk to raise money for Yorkhill. 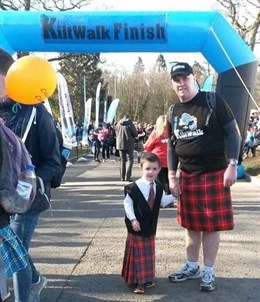 “This will be my sixth year taking part, but it was Logan that started it all off.”

Craig is looking forward to his challenge and feels inspired to raise funds and awareness for the SFRS Family Support Trust.

The Family Support Trust provide support to serving and retired SFRS personnel, whose families require assistance during times of need.

Craig is now desperate to get out and begin his mammoth challenge.

With the support of his family and friends, Craig hopes to inspire more people to join his team and participate.

He said: “When I first mentioned to my wife, Tracy, that I would be doing an extra three walks this year and would potentially have to be staying away overnight, I thought it would go down like a lead balloon.

“But she was actually really chuffed.

“I’m now trying to drum up as much support as I can to get more people onto my team.

“The Family Support Trust do great work and are there for everyone in the organisation when they are needed.

“Taking part in the four Kiltwalks and raising funds and awareness gives you a sense that you are doing something good, that you are giving back.

“It’s also just a great day out for everyone involved.”

For more on Craig’s quest and to donate visit https://edinburghkiltwalk2018.everydayhero.com/uk/Craig-McFie