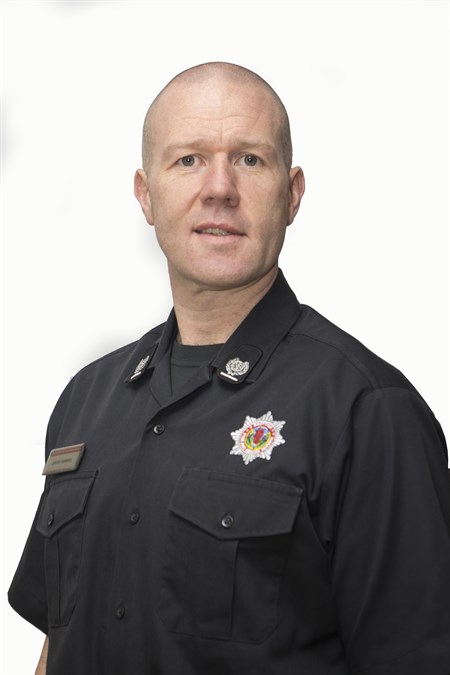 The number of accidental dwelling fires across East Lothian has fallen to the lowest level in five years, latest figures show.

There was a total of 14 incidents recorded across the region between July and September 2016. – a reduction from 22.

Historically, East Lothian has had low numbers of casualties from fires and it is a trend that is continuing to reduce. No person has lost their life to a fire related incident, in the last five years.

Local Senior Officer (LSO) David Farries said: “I am pleased with this figure as it is clear that we are working hard with all our partners to ensure we are actively targeting the most vulnerable.

“There is a clear link between fire-related casualties and accidental dwelling fires and that is why we make such a concerted effort in the provision of the Free Home Fire Safety Visits – to reduce the impact of fire within the home and the potential for injury.

“All the fires occurred in homes protected by smoke detection and this has ensured that they were discovered early.”

The area’s SFRS teams routinely share advice with people to help them stay safe. They carried out 292 free home fire safety visits over the three months.

They also shared advice with residents to help them recognise risks and make it less likely a fire will happen in their home.

LSO Farries said: “Having adequate fire detection in place is crucial but householders can’t afford to ignore the risks because they have smoke alarms installed.

“The fact no-one in the area was killed or seriously hurt demonstrates the importance of engaging directly with our communities to reduce the impact of fires within the home.

“We know that fires start when people’s attention stops and fully 65 per cent of the accidental house fires in East Lothian were down to cooking.”

“Anyone can get distracted and if that happens in the kitchen then it’s all too easy for a potentially serious fire to break out”, he added.

“That’s why we want people to make sure they never step away from the cooker without first taking any pots or pans off the heat and fully switching off the grill.

“It’s also important to think about where items like kitchen roll and towels are kept, so they are never placed close to the cooker.

“Everyone can take basic steps like these and they make fires much less likely to happen.

"We continue to develop our partners in East Lothian Council, Social Work and NHS to ensure those who are most at risk or vulnerable from fire or harm in the home are identified and that appropriate risk reduction measures are put in place.  These targeted approaches will continue to develop and improve as we move forward.”

To register for a FREE Home Fire Safety Visit call the SFRS Freephone number: 0800 0731 999, or visit the website at www.firescotland.gov.uk

The number of deliberate fires across East Lothian stayed the same.

There were 42 between July and September 2016 with 55 per cent of them due to woodland fires and 45 per cent due to bin and refuse fires.

Sixty five per cent of these calls took place in September in the Preston, Seton, Gosford and Fa’side areas.

Rescuers being delayed in getting to someone in imminent danger could result in tragedy and the potential consequences of deliberate fires make even those involving grass serious crimes.

LSO Farries, said: “People who set fires have no idea how they will develop or who will be affected and everyone needs to understand this is not a minor issue.

“When someone is trapped in a burning building or in a vehicle that’s been involved in a crash every moment counts, therefore it’s imperative our firefighters are available to deal with these serious incidents should they arise.

“Those responsible for setting fires need to ask themselves how they would feel if someone was killed or injured because firefighters were tied-up at a needless incident caused by their reckless, criminal actions.

“We will continue to work with our partner agencies and with groups within the community to help maintain and improve the reduction in deliberate fires.”

LSO Farries said: "A great deal of work has resulted in a unique partnership with Scottish Ambulance Service in providing an enhanced level of service to local communities. It's all about saving lives and improving patient outcomes.

“Crews responded to eight incidents with five casualties and three fatalities.  If we had not attended there may have been a different outcome for the five casualties who were given the best chance of survival due to SFRS attendance.”

At present, 3,500 people in Scotland have an OHCA every year, with only a four per cent chance of survival. In contrast, in Scandanavian countries, the chances of survival are 34 per cent. The SFRS is working in partnership with a range of stakeholders and key partners, including the Scottish Government and Scottish Ambulance Service, to potentially save 1,000 lives by 2020.

LSO Farries said: "Our commitment to the Scottish Government’s Out of Hospital Cardiac Arrest Strategy is crucial in terms of saving lives, improving patient outcomes and delivering an enhanced service to the communities within East Lothian.”

Anyone can drop into one of our 356 fire stations around Scotland and learn CPR on a specialist training kit provided by the British Heart Foundation. Firefighters can also bring the kit out of the stations to visit local schools or community groups and pass on their expertise.