As a result of a disastrous and destructive fire which occurred in a warehouse, four firemen from the Central Fire Station of the Glasgow Fire Brigade were killed whilst firefighting. 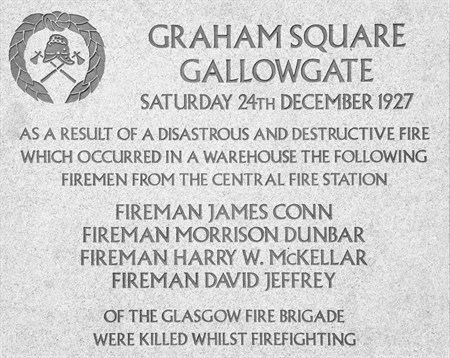 The Glasgow Herald reported "Some of the [neighbouring] tenants were absent at the time of the outbreak, and on return - carrying with them, in numerous instances, their parcels got in the course of Christmas shopping - were surprised and alarmed when informed that it was unsafe to enter their houses."

The Bulletin newspaper reported that "Brother firemen worked night and day in the ruins of the warehouse in the search for the bodies of their comrades who perished in the flames".

All four bodies were recovered on 27th December, three days after the fire.