The Scottish Fire and Rescue Service (SFRS) has today published the findings of its investigation into the 2018 fire at The Glasgow School of Art’s Mackintosh Building. 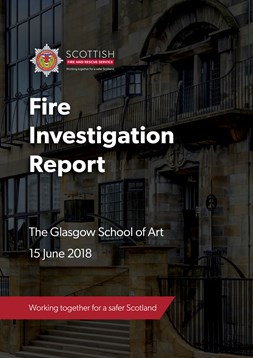 This represented the most complex and resource-intensive investigation ever undertaken and led by the national service.

The investigation began when the fire took hold on June 15, 2018 and continued through to September 30, 2021. It involved the excavation and physical examination of hundreds of tonnes of fire-damaged debris and careful analysis of witness testimonies, CCTV and photographic footage.

Due to the extensive damage sustained at the site and physical evidence being destroyed in the fire, the cause has been recorded as ‘undetermined’.

Ross Haggart, SFRS Deputy Chief Officer, said: “Our investigation into the devastating fire at the Glasgow School of Art has been a deeply complex and protracted process.

“Due to the nature of the ongoing restoration and construction works combined with other factors such as the air supply into the building, the fire was unfortunately able to take hold, spread and ultimately cause catastrophic damage.

“This presented a number of challenges to our investigation, namely working within a structurally dangerous site to physically examine hundreds of tonnes of debris which was up to four metres in height and heavily compacted.” 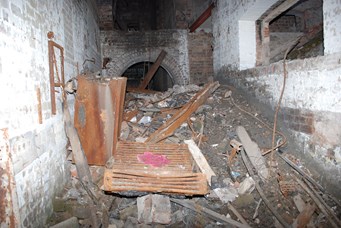 He added: “We are of course acutely aware of the cultural significance of the Mackintosh building and the pressing needs for answers.

“We scrutinised every aspect of this fire to ensure our investigation was as robust and thorough as possible.

“Unfortunately, almost everything within the building was severely damaged or consumed in the fire and that included any potential items of evidence that could have provided those answers.”

The report outlines how the alarm was raised at 11.19pm on Friday, June 15 2018 to reports of fire within the Mackintosh Building, which sits on the city’s Renfrew Street. The neighbouring O2 ABC and other premises were also damaged in the fire.

The first SFRS appliances arrived on scene within six minutes and at its height, more than 120 firefighters worked to contain and then extinguish the fire. There were no casualties. Firefighting operations continued for a further 10 days.

The report finds that it is likely the fire started on the east side on or above level 4 of the Mackintosh building. It adds that an unlimited air supply fed through the duct system which served to intensify the fire, promoting uncontrolled fire growth and rapid development. Fifty per cent of the building was well alight within 38 minutes of the arrival of firefighters.

The SFRS Fire Investigation team was mobilised as part of the extensive response and the investigation began immediately. 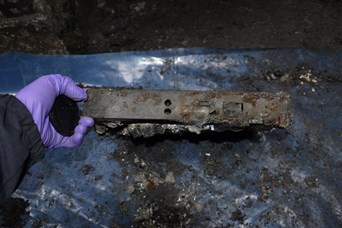 The report recommends that lessons learned from the Mackintosh Building fire in 2018 should be carefully considered by key stakeholders involved in future construction projects.

DCO Haggart said: “We were unable to find sufficient evidence to support any credible origin and it has not been possible to establish a definitive cause. However we have made a number of recommendations including the introduction of new mechanisms to enhance information sharing around ongoing construction projects within Scotland to ensure the safety of our firefighters and our communities.”