History was made in 1972 when a young father from the Caribbean became the first black firefighter in Scotland. 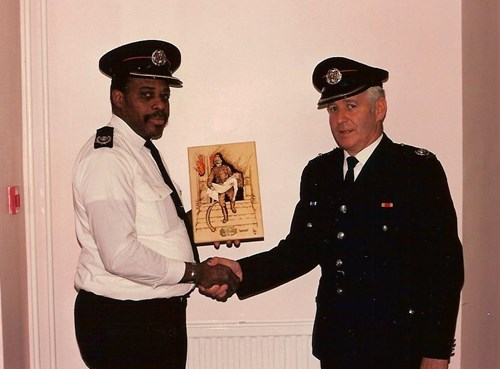 Albert McLean, more fondly known as ‘Big Mac’ or just ‘Mac’, now 86, has been retired from the fire service for 33 years and lives in Argyll and Bute.

The married father of one was born in Arima, Trinidad and from a young age he dreamed of becoming a firefighter – or what was known back then as a “fireman”.

He said: “To be a fireman, not on the foot plate of a locomotive, but to be on a shiny red fire engine with a chrome bell – from the age of 17 I wanted to be one.”

In 1955, the dream began as he joined the volunteer unit at Arima of the Trinidad and Tobago Fire and Ambulance Service. A couple of years later, he moved to England to make his career full time. 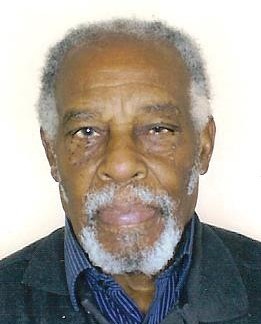 He continued: “In November 1957, I joined the Northamptonshire County Council Fire Brigade as a firefighter.

“Part of my duties at the time were in the kitchen, which I really enjoyed. Having been taught by my mother, my cupcakes rivalled those of Mrs Robertson, who was our cook - we had some good laughs.”

After over 15 years with the Northamptonshire County and Warley County Borough Fire Brigades, an opportunity arose with the Glasgow Fire Service, under Firemaster George Cooper.

“In February 1972, I came to Glasgow Fire Service on promotion to the rank of Station Officer and was posted to the West Marine Fire Station, Kelvin Haugh Street on Operational Duties" says Mac.

History was made … and Mac officially became the first black fire officer in Scotland. 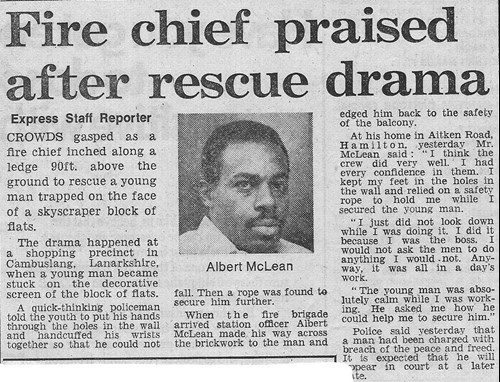 He said: “When I crossed the border, it was initially intimidating. I wanted to fit into my new role, and it turned out that everyone was really welcoming.

“I was the gaffer and having learnt from my gaffers in Northamptonshire, I tried to lead by example and make sure I didn’t ask anyone to do anything I wouldn’t do myself.

“We had boundaries, the crews knew that when the cap was on it was formal and when it was off, we could be informal.

“I think this gained me the respect of the crews and made my job easier.”

On August 25, 1972, only six months after Mac joined Glasgow service, a fire at Sher Brothers Warehouse on Kilbirnie Street broke out, which sadly led to the loss of seven firefighters.

“I attended many incidents over the years, but the one that sticks out was when we received a make pumps eight call to the afore mentioned fire at Kilbirnie Street.

“When the message came through, we responded and on arrival, a recce was made with Assistant Firemaster McGill and it was decided to wait until things were brought under control before recovering our lost colleagues.”

Over the years, Mac worked in Parkhead and Hamilton Fire Stations. He continued to progress in the Brigade and was awarded a commendation for his role in an incident at Kyle Court, Cambuslang.

He said: “A chap had got himself stuck while climbing a multi-storey building, so I had to scale the building and assisted in bringing him down.”

After more than 32 years’ service, in three countries, covering countless incidents, Mac retired from the fire service, while acting up as a Divisional Officer with Strathclyde Fire Brigade.

His move across the border felt intimidating at the time … but it was an important step for fire service history in Scotland.