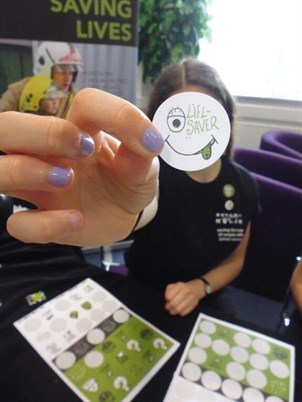 A GROUND-BREAKING initiative which has offered more than 50 people with blood cancer a second chance at life today marks its tenth anniversary.

The Scottish Fire and Rescue Service partnership with charity Anthony Nolan was formed in 2009 after fire officer Ally Boyle had been diagnosed with Myelodysplasia, a blood cancer for which the only potential cure is a stem cell transplant.

Ally, an Area Commander at the time, was brought into contact with the blood cancer charity Anthony Nolan, which uses its register to match potential stem cell donors with blood cancer patients in desperate need of a transplant.

Motivated by a desire to use his condition to help others, Ally proposed a strategic partnership be formed with the charity and fire and rescue service.

In the decade since, more than 14,500 potential stem cell donors have been recruited to the charity's register through the partnership – the majority being school pupils from across Scotland, leading to 53 potentially life-saving stem cell donations.

To celebrate the landmark tenth anniversary, SFRS will today [Friday, October 11] bring together donors, recipients, partnership volunteers and a host of other guests at a special event at its national headquarters in Cambuslang.

SFRS Chief Officer Martin Blunden said: “This is an outstanding partnership, one of the most amazing that I’ve seen within my time with the fire and rescue service.

“It has truly made an incredible difference to the lives of so many people, while engaging with young people across Scotland in the most positive way.”

Ally began his career with Central Scotland Fire Brigade in 1993 but after being diagnosed in 2008, he found it increasingly harder to keep working as his condition progressed, and in 2014 he had no choice but to retire due to ill-health.

The dad-of-one, who was awarded an MBE in the Queen’s Birthday Honours for services to charity in 2018, said: “The strap-line for our partnership is ‘Working together, saving lives’ and that is exactly what we have done.

“After being diagnosed and put into contact with Anthony Nolan, I quickly realised that the charity and fire and rescue service have a shared focus – to save and improve lives.

“The fire and rescue service has always been a very charitable organisation, and I feel this partnership is a magnificent example of its finest traditions.

“I am humbled by what the partnership has achieved in the past decade. What started as a small recruitment drive in a few fire stations has grown into something truly incredible.

“Our target at the beginning was to recruit 1,200 people over three years. Today, we’ve educated more than 20,000 young people about blood, stem cell and organ donation; we’ve recruited more than 14,500 people to the register; and 53 have gone on to make potentially life-saving donations. 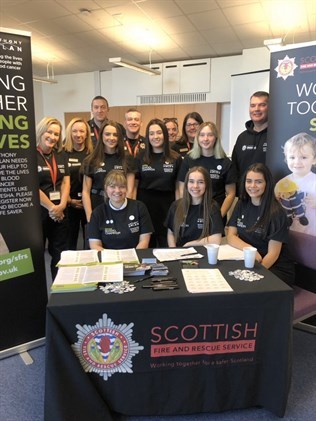 “We have been able to positively impact so many lives, and I am hugely excited by what we can continue to achieve in the future.”

AC Watt was awarded the Queen's Fire Service Medal in 2018 for his outstanding work in growing the partnership across the length and breadth of Scotland, and insisted that the initiative would not be possible without the tireless efforts of its volunteers

“I feel enormously privileged to lead the partnership as we mark our tenth anniversary, but I must say that we would not be where we are today without our incredible team of volunteers across the country,” he said.

“I think it is important to say that not only has this partnership allowed us to increase our ability to save lives, but it has also brought huge benefits to us as an organisation.

“The partnership is growing at an incredible rate, with volunteers everywhere from our major cities to the most remote communities, giving up their time to recruit the next generation of young life-savers.”

Henny Braund, Chief Executive at Anthony Nolan, said: “We’re thrilled to be celebrating 10 years of the innovative and award-winning partnership between SFRS and Anthony Nolan today.

“On behalf of Anthony Nolan and all the patients we work with, I would like to thank the SFRS volunteers who have made all of this possible. I look forward to supporting this incredible partnership that has made a difference to so many people’s lives, for many years to come.”