THE LEGACY of a Fife fire officer who passed away after a battle with blood cancer will live on with a new award bestowed in his name. 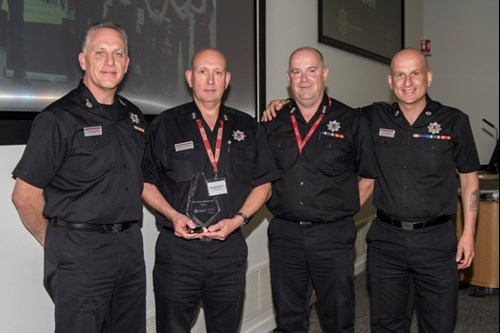 The Scottish Fire and Rescue Service (SFRS) has created the ‘Gary Dall Award’ as a lasting tribute to father-of-four, who died last year.

The award celebrates volunteer groups across Scotland who work tirelessly to recruit potential stem cell donors to the Anthony Nolan register, as part of a ground-breaking partnership between SFRS and the blood cancer charity.

Gary, from Kirkcaldy, was diagnosed with myelodysplastic syndrome in 2017, and was due to receive his own transplant. However, sadly he unable to go ahead with the procedure.

Jennifer Dall, Gary’s wife, said: “I was really touched when the Scottish Fire and Rescue Service asked me if they could create an award in my husband’s name.

“He faced his condition with courage and a determination to help others, so to see the lasting impact this has had on his colleagues makes me extremely proud.

“The fire service and Anthony Nolan partnership does such incredible work, and I will continue to support it and help them to reduce the devastating impact that blood cancer can have on families like mine.” 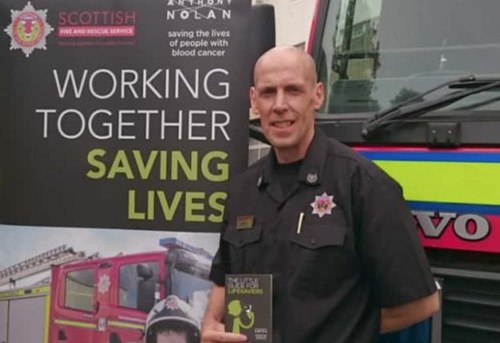 The partnership was formed in 2009 and has recruited more than 14,500 potential stem cell donors to the register, which has led to 53 potentially life-saving transplants.The inaugural Gary Dall Award was today presented to the Fife volunteer group at an event marking the ten-year anniversary of a partnership between SFRS and Anthony Nolan.

The creation of this new award also follows the naming of a training facility at Kirkcaldy Fire Station as ‘The Dall Room’.

Retired Area Commander Ally Boyle – a former colleague of Gary’s who launched the partnership between SFRS and Anthony Nolan ten years ago after his diagnosis with blood cancer – added: “First and foremost, I would like to take this opportunity to say once again that Gary was a hugely respected friend and colleague.

“Despite his ill-health, Gary continued to campaign to recruit potential stem cell donors to the register.

“He was a great man, and this is a fitting tribute that celebrates the great determination he showed to help other people throughout his illness and treatment.”

Group Commander Calum Bruce – the SFRS / Anthony Nolan partnership vice-chair for the East of Scotland, pictured top alongside Chief Officer Martin Blunden, and Station Commanders Stephen Thompson and Bryan Todd – said: “Gary stood on the frontline for 30 years and was committed to helping the communities he served.

“He was a valued member of the community, both in Kirkcaldy, and within the wider fire and rescue family, and his loss was deeply felt by everyone.

“This award is a fitting tribute to a wonderful man, and we are immensely proud to receive this today on behalf of our volunteers across Fife.”