Two-thirds reduction in fire-related casualties across Angus since 2015 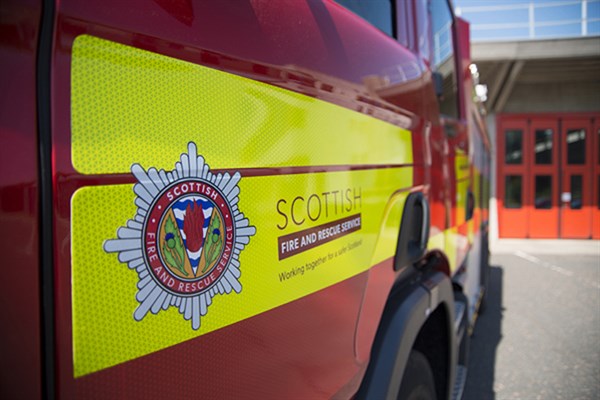 Fire-related injuries have decreased by 65 per cent across Angus over the past three years, latest figures reveal.

There were eight casualties reported between April and December 2018 – down from a total of 23 over the same period in 2015.

However, one person tragically died following a house fire in Brechin in November.

A total of 59 accidental dwelling fires were also reported to the Scottish Fire and Rescue Service last year, down ten percent from 66 three years ago.

This drop comes as firefighters in Angus carried out 353 Home Fire Safety Visits (HFSV) in the area – a cornerstone of the Service’s prevention efforts to support people to stay safe at home, particularly the elderly and vulnerable.

Firefighters will provide advice on what to do in the event of an emergency and also check or install smoke detectors for free.

He said: “A single fire-related death is one too many and our thoughts and condolences remain firmly with all of those who were affected by this tragic fire.

“The Scottish Fire and Rescue Service is absolutely committed to preventing further tragedies from occurring, and that is why we make such a concerted effort in the provision of our free Home Fire Safety Visits.

“A significant amount of work has gone into ensuring our crews are engaging with our communities and in particular the most vulnerable, to ensure everyone has adequate fire detection in place.

“We want everyone to be safe in their homes and cannot stress enough the importance of having a working smoke alarm.

“If fire breaks out, a smoke or heat alarm will give you valuable early warning to react and reach a place of safety. And, if you are sleeping, a working alarm could be absolutely vital.”

The latest figures were revealed in a SFRS report presented to the Angus Council Scrutiny and Audit Committee on Tuesday, March 5.

The report also highlights a 26 per cent overall reduction in the number the number of road traffic collisions in the region between April and December 2018 – down to 36 from 49 in 2017.

The number of casualties involved in road traffic collisions in Angus has also reduced by more than half during the same period, dropping from 33 to 16.

“This undoubtedly follows a significant volume of work with our emergency service colleagues and other partners to engage with drivers in a bid to reduce the likelihood of people – particularly our young drivers – being involved in a road traffic collision, which as we know can have devastating consequences.”