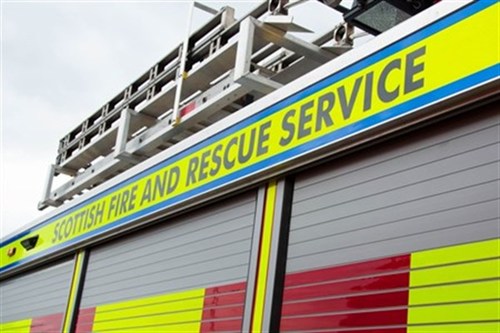 Deliberate fires have been driven down across South Lanarkshire, the latest statistics show.

Intentional primary and secondary fires have reduced significantly during the past 12 months.

The decline is in part thanks to educational work carried out by firefighters as well as key partnership work.

More than 3000 young people were engaged with during a two month period as firefighters worked to educate communities on the dangers of fire-setting.

Deliberate primary fires have reduced from 142 to 95 instances between the first three quarters of 2017/2018 compared with this year.

Intentional secondary fires have also fallen from 665 to 582 during the same timeframe.

October to December is typically the busiest period of the year for crews responding to deliberate fires.

The reduction in deliberate fire setting is something which has pleased Local Senior Officer Alan Fairbairn.

Reflecting on the reduction, LSO Fairbairn said: “A lot of work has gone into trying to drive these figures down.

“We’re happy with the decline, but we won’t become complacent.

“Education is one of the most powerful tools we have when working to reduce instances of deliberate fire-setting.

“Showing communities the devastation a deliberate fire can cause is a very effective way of opening people’s eyes to the consequences of behaving in such a way.

“Working with our partners and sharing intelligence at a local level is also very important.”

Accidental dwelling fires have also reduced, in part thanks to prevention work carried out by crews.

According to LSO Fairbairn, such visits can help prevent a fire from occurring in the first place.

He said: “Getting into people’s homes and identifying hazards can potentially help us in preventing fire from occurring in the first place.

“That is why our home fire safety visits are so important – they present us with an opportunity to make people think about their own safety within the home.

“I would encourage everyone to take advantage of this scheme.”