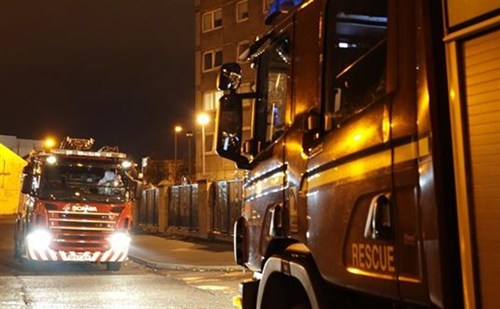 Firefighters in West Dunbartonshire have been praised for their efforts in driving down unnecessary blue light call-outs in the region.

The Scottish Fire and Rescue Service is committed to working towards reducing unwanted fire alarm signals (UFAS) across Scotland.

Crews in West Dunbartonshire were mobilised to 87 UFAS calls between December 2017 and December 2018 – down 23 per cent on the year before.

This significant reduction has been welcomed by Paul Devlin, the area's Local Senior Officer (LSO).

LSO Devlin said: “It’s pleasing to note a reduction here, but it goes without saying, we cannot become complacent.

“Ensuring that businesses and duty holders manage their fire alarm systems effectively can help us reduce the number of unwanted fire alarm signals.

“UFAS can result in lost revenue for businesses and can present a risk of staff becoming complacent.

“Working with partners and enlightening them on the importance of our work around this subject is crucial.”

LSO Devlin recently presented the findings to members of the Community Planning West Dunbartonshire Management Board.

In addition to UFAS stats, the local authority figures show accidental dwelling fires have reduced from 35 instances in December 2017 to 33 during the following year.

Notably, deliberate fires are also at a four year low, with 65 instances recorded – the lowest figure recorded since December 2014.

LSO Devlin welcomed the reduction in deliberate fires, but assured the community it will never be an area crews will divert their attention from.

He said: “Ultimately, every deliberate fire has victims, costs – and consequences.

“Deliberate fire-setting presents a danger to life, property and the environment.

“We will always look to work closely with our partners to educate our communities on the dangers of deliberate fire-setting.

“That said, the Scottish Fire and Rescue Service has a zero tolerance approach to deliberate fire raising because it puts our communities at great risk.”