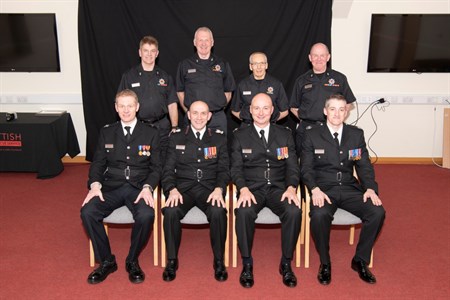 A group of experienced firefighters and Scottish Fire and Rescue Service colleagues with a combined service of 775 years have been recognised at a special award ceremony.

The 90-strong gathering, including family members, was brought together at the Dumfries Training campus at Garroch Loaning, where they received Long Service Good Conduct medals and a host of special recognition certificates. 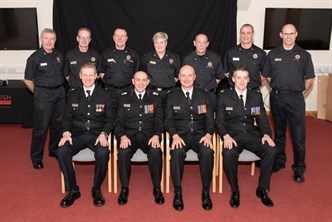 The firefighters and staff members are based across the wider Dumfries and Galloway region, from Gretna to Stranraer.

LSO McGhie said: “It was a real privilege to lead this fantastic ceremony in recognition of some of our incredible and highly committed staff and firefighters.

“This was a formal opportunity to recognise and reward examples of long service, as well as outstanding individual and station contributions in Dumfries and Galloway.

“But quite simply – this is about communities protecting communities, and I am in awe of these individuals. 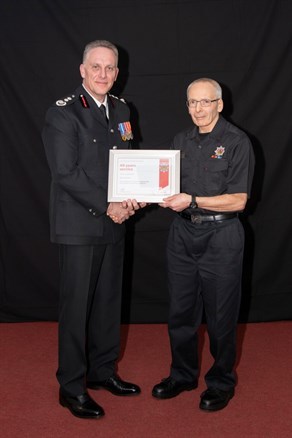 “Each and every one of them are the epitome of the Scottish Fire and Rescue spirit. They have devoted themselves to keeping people safe.

“Whether serving on the frontline, or working to support the service behind the scenes – all are equally deserving of these awards.” 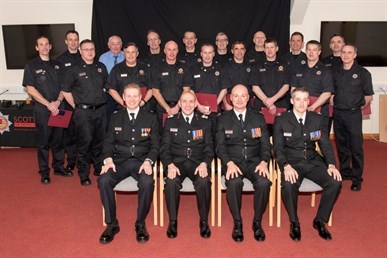 Firefighter Paul Rae, of Lockerbie Community Fire Station, also received an award following his role in the 'Cycle to Syracuse' memorial event, in which firefighter Paul and four friends cycled more than 600 miles to Syracuse University in New York, in memory of those who lost their lives in the Lockerbie air disaster. 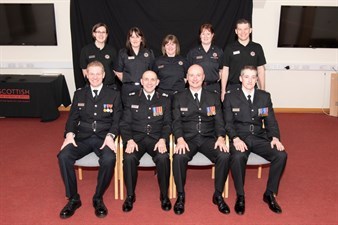 The Dumfries and Galloway area was also recognised for its incredible fundraising efforts over recent years, having raised more than £18,000 for the SFRS Family Support Trust.

All 17 Fire stations across the region have made significant contributions to annual charity challenges, including ‘Le tour de D&G’ in 2017 and last year’s ‘D&G 3 Peaks Challenge.