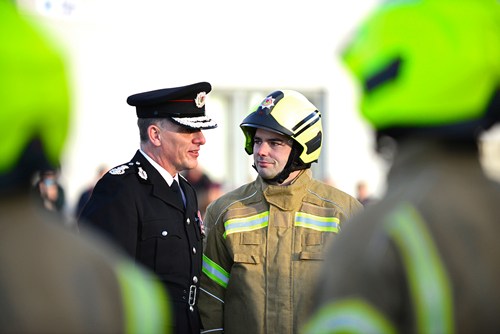 A group of firefighters have been described as “the best of the very best” as they prepare to protect communities across Scotland following an intensive training programme.

The recruits graduated in front of their proud families and friends at the Scottish Fire and Rescue Service’s Thornton training site in Fife on Friday, December 13.

And their achievement was marked by Chair of the SFRS Board, Dr Kirsty Darwent and Chief Officer, Martin Blunden who both attended the ceremony.

Speaking afterwards, Mr Blunden said: “This event was a real celebration of all that our recruits have achieved during the last 14 weeks. It was certainly a moment of great pride for myself.

“This training regime is designed to test graduates to their very limits so that they know what they are truly capable of when faced with the sternest of challenges.

“That’s what makes them truly the very best of the best.”

He added: “These new firefighters will experience more than most people will in a lifetime. They will perform a unique role to help the people of Scotland when no one else can; to save lives that otherwise would have been lost. 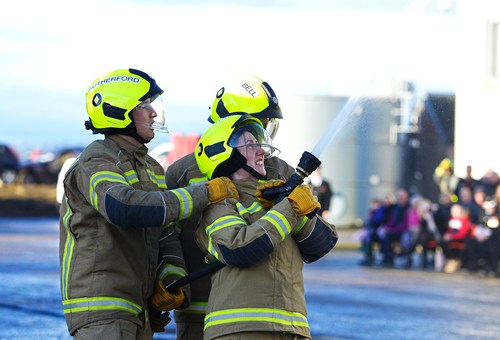 “They will work with communities and partner agencies to drive down the number of fires, road traffic collisions and other emergencies. They will also help protect some of the most vulnerable and act as a positive role model to help divert youngsters away from crime.

“There is no doubt that this is an exciting time to be joining the Scottish Fire and Rescue Service, as we seek to broaden the role of firefighters to protect communities from new and emerging risks, harness the latest technology to tackle fires and work ever more closely with our partners.”

The recruits applied after the Service launched its ‘Break the Mould’ campaign in April. It saw the overall number of applicants rise by almost 25 per cent - from 4,373 previously to a total of 6,075.

And this included 771 applications from women - compared to just 360 previously. More applications were also submitted by the LGBTQ+ and ethnic communities.

The graduates also included former retained firefighter Gordon Nimmo who was awarded Best Trainee. The father-of-three, from Cupar in Fife, will be stationed at Glenrothes.

Gordon, 39, said: “Everyone on the course has given 110 per cent, so to be given this award is great. I’m going to be starting my first shift as a wholetime firefighter on December 31, so it’s a big step forward in my development.” 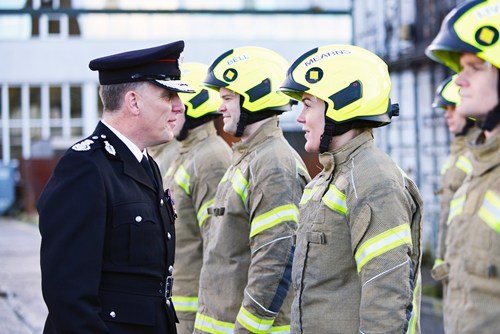 Fiona, a footballer with Dundee United womens’ team, will take up her post as wholetime firefighter in Springburn Fire Station, Glasgow on January, 20.

She said: “I’ve had the best 14 weeks of my life. I’ve been challenged mentally and physically and I’ve learned life-changing skills. This is the right job for me as I’m quite an active person and I could never do a desk job.

“As a firefighter, every day is going to be different - and the training will continue over the next few years.”