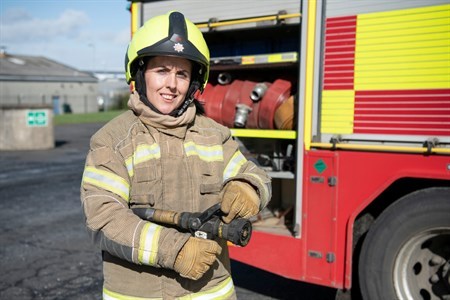 When Laura Robinson left her jet-setting army life behind, she could never have imagined that a job as a fire station janitor would lead to a new career back on the frontline.

However, fast-forward two years, and Laura has swapped her mops and marigolds for a role as a professional firefighter in Glasgow.

After almost a decade living in Germany, the 33-year-old moved back to Scotland in 2016 with husband Matthew – who is still serving in the army – and daughters Ellie, 12, and Evie, 7. 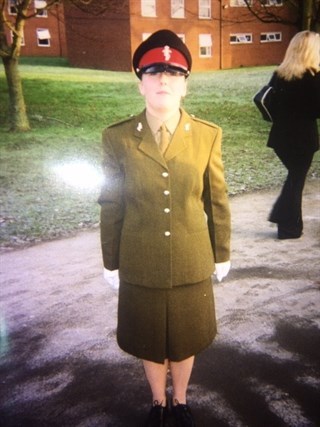 Laura explained: “I met my husband in the army, we were married at 21, and then I went to Iraq in 2005 – and my time in the forces has made me who I am today.

“Ellie was born in 2006, and it was when I was pregnant with Evie that I started to think it was about the right time to come back home.

“I wanted to get the girls settled in school back here, and with Matthew being away with his work in the forces, I was often on my own out there with no other family. It was hard.

“I was also aware of my own career options, and that was going to be difficult living in an army estate in Germany.

“Unfortunately I then found it really difficult to get a job back here, as a lot of my qualifications that I’d worked for over there didn’t quite match up.

“I’d thought about the fire service, and I came across this job as a General Assistant at Glasgow area headquarters and Cowcaddens Fire Station – so I just decided to become a wee jannie.

“By the time the next intake for firefighters was approaching, everyone at the station knew I fancied it and they really supported me to go for it.

“They even helped me in the gym! To be honest, when I left the army, I’d piled on the weight a bit, so had to work hard in the gym to pass my fitness assessment.

“But I gave it my all, and put a lot into my application, and here I am – I’ve never looked back.”

After months of intensive training with the REME Corps, near Reading, she began a new life as an army mechanic in 2002 with the famous Royal Scots Dragoon Guards in Fallingbostel, Germany, travelling across Europe and the Middle East.

“There was nothing more exciting than driving a tank,” Laura laughs.

“We worked on the whole army fleet, but I really liked the 432s – they’re almost like wee mini-tanks. 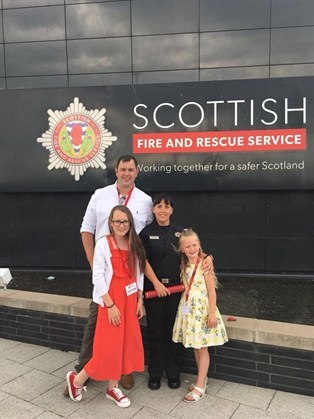 “It was an exciting job, as every day I’d go into work and didn’t know what was going to happen.

“There was also the discipline side, following orders, and looking smart in your uniform – all aspects of the job that I liked.

“Working as a firefighter is exactly like that. You get the same buzz – you really just don’t know what you’re going to face every single day.”

The mum-of-two hopes that people from all backgrounds will follow in her footsteps and apply to join Scotland’s national fire and rescue service as a wholetime firefighter.

“If I can do it, anyone can,” Laura said. “Life’s a challenge but you need to give it a go.

“I hope no one is put off applying because they’re unsure about the physical side, or put off by the idea of being one of few women.

“Look at me – I’m five foot one, short and a bit stumpy, but everyone has their own skills and attributes. There’s one guy in our team that’s 6ft 4 – he’s not getting through the same small gap that I can fit through.

“Yes, the training is hard. Physically and mentally, it was tough – but it has to be.

“I’m the only female in our team, but I go to work and it’s like I’ve got nine of the most supportive dads who look after me.

“And I’d say don’t let family life get in the way. I want my girls to grow up think and wow, look at my mum.

“Being able to plan my shifts so far ahead is also a huge support with family life, especially with my husband being away with his job.

“My oldest daughter, Ellie told all her pals in school that her mum’s a firefighter, which they thought was so cool, then they see me and I’m tiny – and they can’t believe it.”