Firefighters with more than 1,200 years of combined service honoured 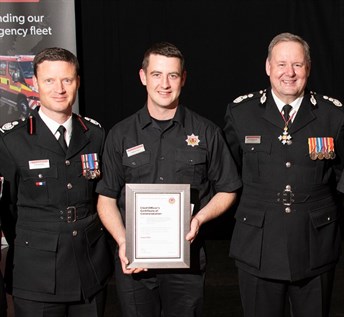 A dedicated group of North of Scotland firefighters have been recognised for protecting communities – for a combined 1,240 years.

The 51 personnel were presented with Long Service Good Conduct medals and certificates during a ceremony at Inverness Community Fire Station on Friday, September 7.

This included six firefighters who have each served their communities for more than 40 years – almost 240 years, a quarter of a millennium, between them.

Scottish Fire and Rescue Service Chief Officer Alasdair Hay presented the recipients with their medals as friends and family looked on with pride.

Officer’s Commendations, were presented to firefighters Angus Flett from Helmsdale and Allan MacLeod from Staffin.

Following the ceremony, Chief Officer Hay said: “These presentations provide us with a real opportunity to recognise the vital contribution of some of our longest-serving staff, whether they are frontline or support.

“I am therefore not only pleased but honoured to be able to personally present these medals, commendations and certificates here in Inverness this evening.

“These firefighters have dedicated their lives, and in many cases sacrificed personal family time, to help protect their friends, neighbours and communities and I would like to take this opportunity to thank them. 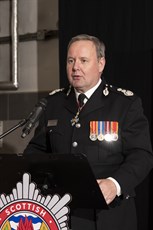 “I would also like to acknowledge their families and friends here this evening for they could not perform their unique role without your support - you are also part of our fire service family.” 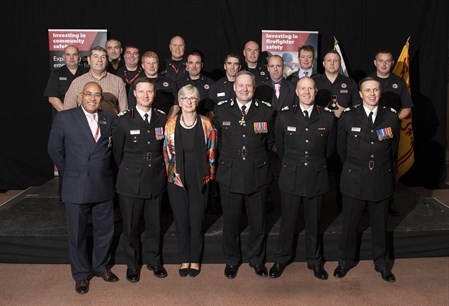