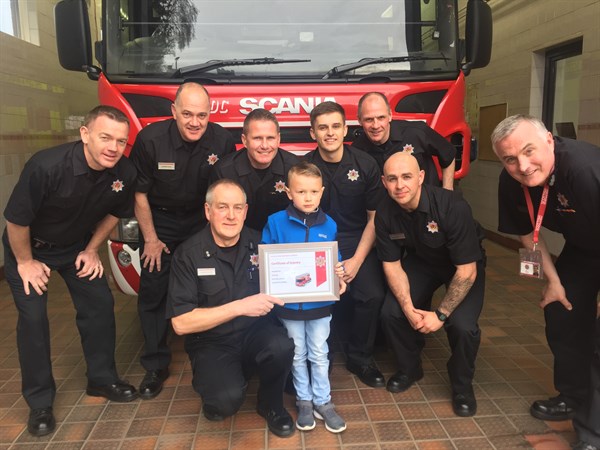 Firefighters at Larkhall fire station were delighted to fulfil a little boy’s dream to become a firefighter for the day – and presented him with a certificate of bravery.

The Green watch crew opened their doors to little Harley Biggar, aged 5 and his mum Kayleigh on Thursday, May 3.

The crew were called out to an incident, last month, where mum Kayleigh had dislocated her knee while at home with only her son, Harley.

Harley had found his mum’s phone and put it on charge, then called emergency services and because he couldn’t reach the keys to let emergency services in he spoke to them at the door as well as going back to keep an eye on him mum throughout.

Following the incident Kayleigh sent a message to thank the crews and asked if a certificate could be given to Harley for his bravery on the night.

Watch Manager Gilbert Rowan attended the incident and remembered how brave Harley was that night. 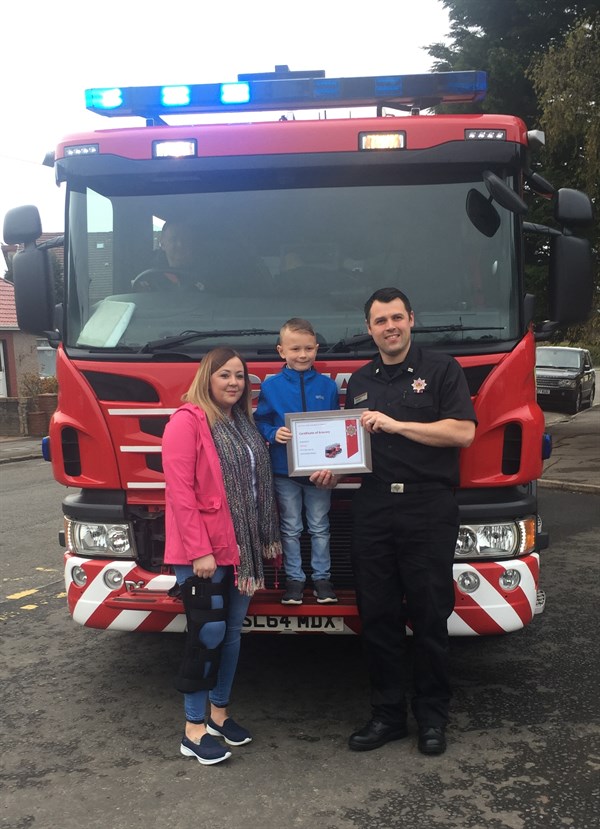 He said: “He is a very brave young man, he stepped to help his mum when she needed him the most.

“He was a fantastic help to us on the night, he kept us informed and made sure his mum knew what was going on, it was a pleasure to welcome him into the station and award his bravery.”

Delighted Harley was also given a personal tour around the station before being kitted out in fire gear and given the chance to skoosh the hose.

Talking about Harley’s experience mum Kayleigh said: “Thank you so much for organising our visit to the station last night. Harley is so happy and has been telling everyone about his great experience.

“Everyone was super kind which made this a lot easier for Harley.”

Harley has now said he’d like to become a firefighter and a footballer when he grows up.