Crews remain for a fourth day at Sauchiehall Street fire

Crews are continuing to monitor the progress 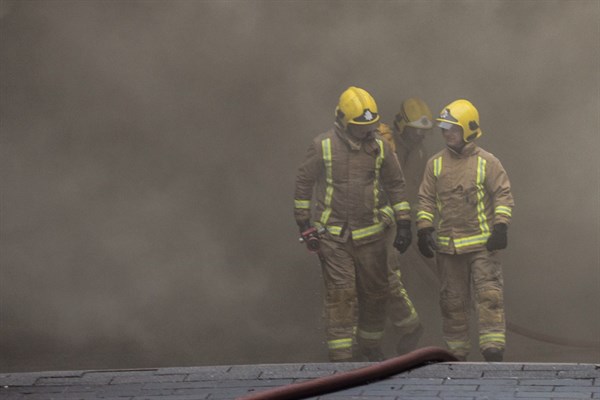 The Scottish Fire and Rescue Service remains at Glasgow’s Sauchiehall Street for a fourth day following a significant fire.

At its height, more than 120 firefighters and 20 fire engines were mobilised to the city centre after the alarm was raised at 8.18am on Thursday, March 22.

Around 15 firefighters and three fire engines are still in attendance and firefighting is ongoing on Sunday, March 25.

Assistant Chief Officer Lewis Ramsay is the SFRS Director of Response and Resilience and was the Incident Commander at the crucial early stages of the fire.

He said: “Crews are still on scene carrying out firefighting operations to ensure the fire is fully extinguished.

“Our priorities remain the same and we will continue to monitor the progress over the course of the coming days.”