The showdown was held to raise money for the ARCHIE Foundation 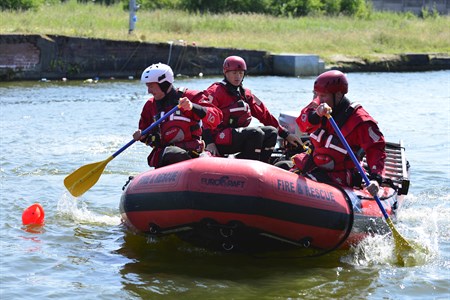 Firefighters from across the UK flexed their specialist training skills in a series of challenges in Glasgow at the weekend.

Teams from the Scottish Fire and Rescue Service, London Fire Brigade and many more from across the UK – competed at the SFRS National Training Centre in Cambuslang and at Pinkston Watersports Centre over the two day event, from June 29 to June 30.

Teams competing in the water challenge were assessed on a series of skills including boat handling with the winners being a team of SFRS national instructors, followed closely by Ayr’s water rescue unit. 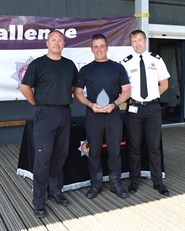 SFRS teams were also assessed during ‘live’ RTC scenarios including an RTC demo – the team comprising of volunteers and RDS staff from stations in Dumfries and Galloway including Stranraer, Newton Stewart and Drummore took the title of Scottish winners with Huntly close behind.

Durham and Darlington topped the visitor challenger, with Essex, Greater Manchester and Northumberland fire and rescue services also in contention.

Several of the teams, including all participating Scottish teams, will now prepare for the UK UKRO Challenge 2018 later this year which will be hosted in Cardiff.