The purpose-built facility at Dundee was unveiled on Tuesday, September 19 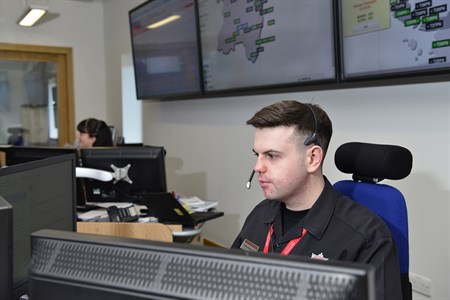 A highly-trained team of Control firefighters who provide a voice of reassurance at times of emergency will continue to keep communities safe - thanks to a new £2.5m investment for the North of Scotland.

The Scottish Fire and Rescue Service’s skilled Operations Control personnel are the “unseen front line” – responding to calls from the public and quickly mobilising firefighters to assist.

They also co-ordinate major response to significant incidents, such as severe weather related flooding, and support colleagues on the ground until communities are fully protected.

And they will now operate from a new, state-of-the-art Operations Control for the North of Scotland.

The purpose-built facility at Dundee was unveiled by the Scottish Fire and Rescue Service on Tuesday, September 19.

This brings the total number of SFRS Operations Control serving Scotland to three, with the remaining two protecting the East and the West. 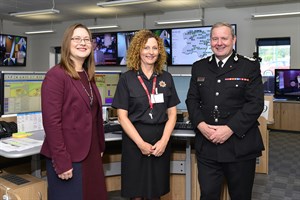 Alasdair Hay, Chief Officer of the Scottish Fire and Rescue Service, said: “This launch marks the final milestone in a three year programme to safely migrate the eight former legacy centres into three state-of-the-art Controls, each fit for the 21st Century -and beyond.

“Our 165 committed Control Firefighters across Scotland are the unseen frontline, working together to play a critical role in the safety and wellbeing of Scotland’s communities.

“Lives have been saved by their calm advice given over the phone that buys vital seconds for those trapped in a fire or other emergency situation.

“It is therefore only right and proper that we provide them with the very best equipment and facilities to help them deliver, and keep delivering." 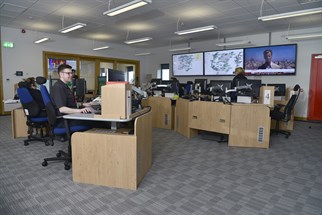 The new building can accommodate up to 40 watch personnel and boasts a cutting edge Incident Support Room where officers can coordinate and oversee major emergency situations at short notice. In addition, staff have new changing room facilities and rest areas.

The Chief Officer continued: “This facility has resilience, capability and a working environment far beyond that seen in the legacy centres in the North. Quite simply, it delivers a genuine step change in the levels of service we can provide to those communities.

“But it could not have been delivered without our Command and Control Futures Team. Indeed, a recent comprehensive report by HM Fire Service Inspectorate acknowledged our robust processes, programme management and our achievements as we created three Operations Control, strategically placed across the country.

“I believe the SFRS has an exciting future ahead. We have recently shared a vision of a transformed Service doing so much more for the people of Scotland. 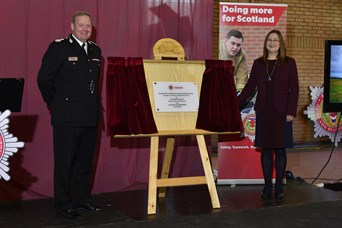 “But to deliver that vision requires the right foundation such as this Operational Control.

“In the same way that we delivered this facility, we will deliver planned and safe transformation because we exists to save lives - and we will always do the right thing for the people of Scotland.”

The launch was welcomed by Minister for Community Safety, Anabelle Ewing.

She said: “I’m very pleased that SFRS North Operations Control is now up and running.

"The staff that will be based in this state-of-the-art facility will play a key role in keeping the public safe and I’d like to thank them for their hard work and the professional advice that they will give to callers.”

For more information on the Scottish Fire and Rescue Service visit the website: www.firescotland.gov.uk

LISTEN: Below is a real life emergency call, between a member of the public in danger and one of our dedicated Operations Control staff.