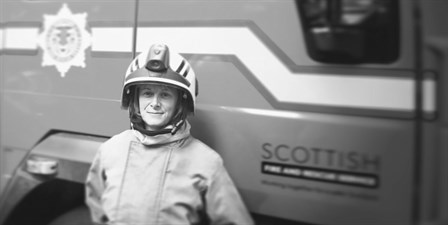 Not many people know that the woman who stands behind the counter at Orkney’s only garden centre is actually a firefighter – ready to protect her community at a moment’s notice.

Kirsten Glue is a third generation business owner, having taken over the day-to-day running of Wellpark Garden Centre from her parents.

But she is also Watch Manager at Kirkwall Community Fire Station, meaning she is responsible for leading a crew of retained firefighters when emergencies arise.

Kirsten, 38, revealed: “The majority of people that know me don’t know that I am also responding to incidents as a retained firefighter and a Watch Manager.

“It’s unavoidable that it’s going to throw up incidents and shouts where you will potentially be running into and even helping people that you know.

“Being able to help and give something back the community here is important to me.

“A big part of it for me is speaking to people who are in trouble, reassuring them and putting their mind at ease – letting them know they are in safe hands.

“Ten years I’ve been doing this - and I still love it.”

Kirsten earned her right to pull on the Scottish Fire and Rescue Service uniform on behalf of her community. 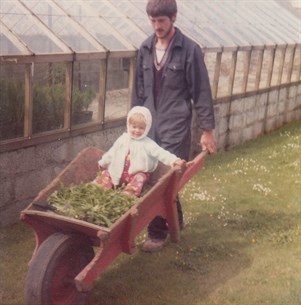 But she admits that she had never considered a career as a firefighter while running the family business, which was opened in the 60s by her grandparents, Donald and Helen, before she took over from parents Donald and Teesh.

And despite not being accepted into the Fire Service first time around, her perseverance and persistence won the day - and she has not looked back since.

She said: “I had never thought about a career with the fire service - and honestly I did not realise that you could sign up to become an RDS firefighter.

“Really it was ideal – it fitted perfectly around my commitments to the family business while allowing me to become a part of something that is extremely dynamic and exciting.

“Sometimes it is challenging – there’s no getting around that really.

“But the crews here as so professional and capable; but there is the added plus of getting drive the appliances and the adrenaline rush that comes with being a retained firefighter.”

She added: “But we also place great emphasis on supporting people to stay safe and we are available to carry out Home Fire Safety Visits where we will visit properties, check or install smoke detectors and issue general safety advice.

“We are also proud to serve at the heart of our community and work with local people and partners wherever possible.”

Anyone can arrange a free Home Fire Safety Visit by calling SFRS on the free phone number 0800 073 1999, by texting ‘FIRE’ to 80800 or by filling in a form at www.firescotland.gov.uk