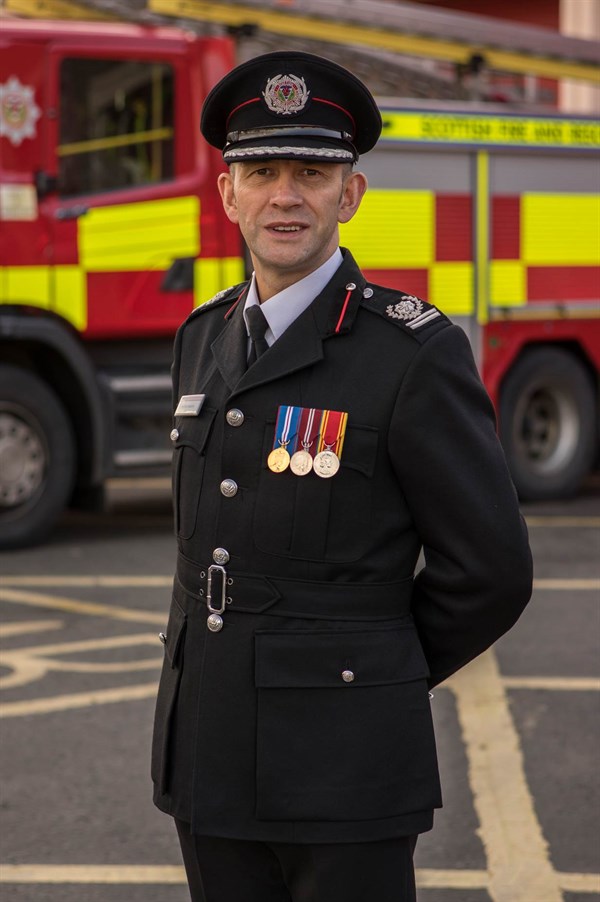 A FIRE chief who oversees the busiest patch in Scotland has revealed how he left school with no qualifications and no professional prospects.

But Peter Heath was accepted into the Fire Service and supported through TWO university Masters Degrees – before rising to become a Deputy Assistant Chief Officer.

And he is now encouraging young people to follow his lead as the Scottish Fire and Rescue Service prepares to launch a recruitment campaign.

The father-of-one said: “I grew up in a place where things were tight and we didn’t have much but there was certainly no lack of love or laughs.

“I actually had a great childhood but now, looking back, if I could speak to my younger self, then I would say that school certainly doesn't have to define you or what you do in later life - that’s down to you.

“There are those out there now who might only be 18, with no qualifications and limited life experience but please be assured that we can see your potential.

“The Fire Service in my view holds a precious place in society, often helping people in times of most desperate need. There is certainly something about us that attracts those who truly want to make a difference. 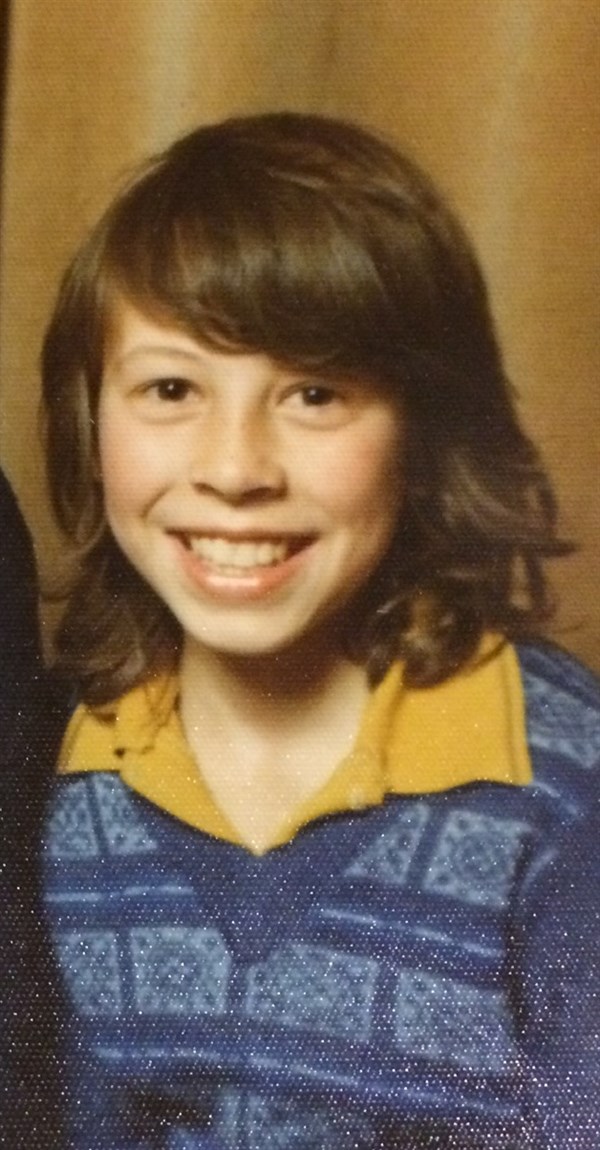 “If you are that person, if you have an enquiring mind and you are prepared to listen, learn and work hard, then the ball is on the penalty spot. Go and kick it - and apply to become a firefighter.”

The senior officer was born and raised in what was then the small village of Innerleithen in the Scottish Borders, one of five children to Peter Snr. and Joyce.

DACO Heath said: “Where I grew up, you would leave school and either go into the mills or a trade - or you went on the dole. It was only every now and then you heard of some mythical person who went to university but that seemed way beyond my grasp.

“I didn't turn up for any exams at school because I just couldn't see how English and maths could benefit me and so I left when I was aged just 16. A few years later, I wished I had sat the exams but realised that dwelling on that was not going to help me achieve my ambitions so I set about working hard to improve myself and look for opportunities.”

He did a stint working in the local sawmill before going to work for himself in forestry, cutting down and planting trees, as well as a range of other jobs and going on to marry wife Catriona when he was aged 20.

She gave birth to their only child shortly after, daughter Jade now aged 28.

He said: “I started to think about what I was going to do with my life and started looking at applications but I had nothing to include in the qualifications section. I was embarrassed - I thought there was no point. 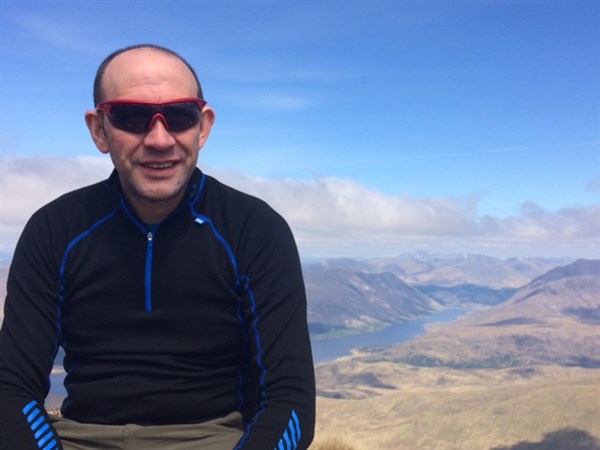 “But I was increasingly uncomfortable that I didn't have a focus in life.”

It was a friend’s constant encouragement that finally prompted the young father to apply for a wholetime firefighter position with the former Lothian and Borders Fire Service in 1992, aged 25.

And – “despite lots of people telling me I wouldn't get in” – he secured one of just 13 posts … out of an astonishing 2,300 applications.

DACO Heath said: “I was with my daughter when I took the call. The emotion was incredible and there were tears.

“I was wondering how ‘someone like me’ could get through. I thought you had to have  formal educational qualifications but I came to realise that what they wanted was someone who was open and honest - with a strong work ethic and prepared to learn.”

He quickly rose through the ranks and was actively encourage to shoot for further education. 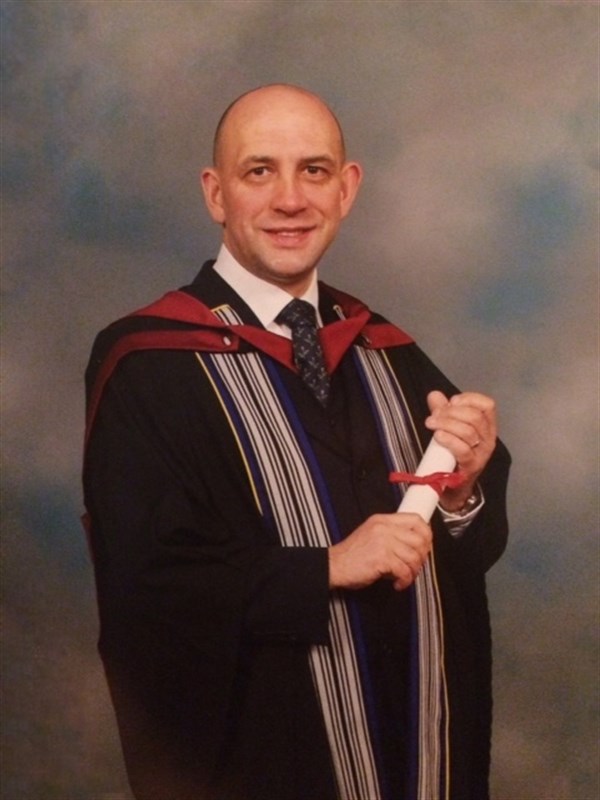 And the veteran firefighter now holds a Master Degree in Business Administration, a Masters Degree in Human Resource Management - achieved with distinction - as well as a Post Graduate Executive Diploma in Management and National General Certificate in Occupational Safety and Health.

The dedicated professional is currently a trustee and Board member of the Scottish Fire and Rescue Service Family Support Trust.

And he is also responsible for protecting communities across the West of Scotland, the busiest Service Delivery Area in the country.

DACO Heath leads 127 stations and around 1,500 personnel across the West which is - with the exception of London – a service  area larger than many Fire and Rescue Services across the UK. 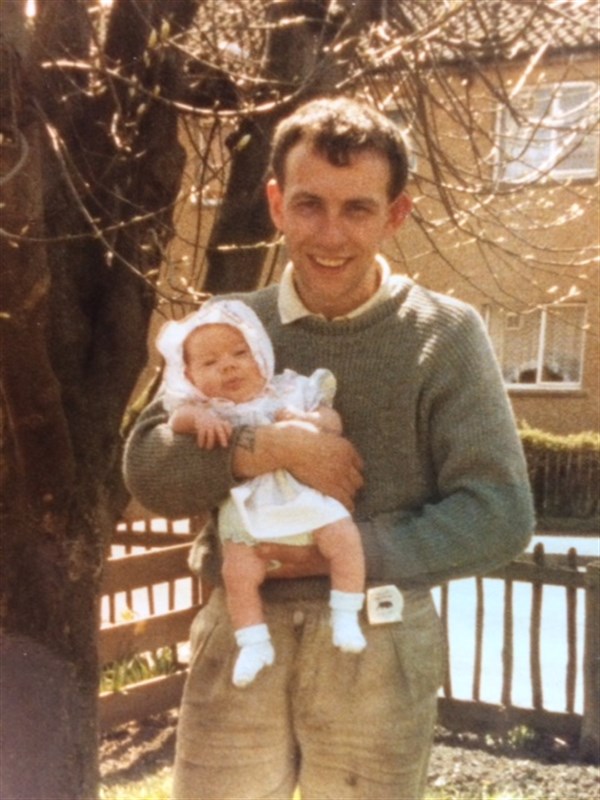 He said: “I spent the first half of my adult life being embarrassed by my lack of qualifications and I've spent the second half of my life mentoring others to achieve. I always knew I was capable and just needed the opportunity to show what I could do.

“I'm a confident person but education has allowed me to grow; that professional recognition has been empowering - and that's all down to the Fire Service which has allowed me to excel beyond anything I thought I could ever achieve.

“My contribution and payback for the faith shown in me is to use this experience to encourage others who may be in a similar position to come forward - and just go for it.”

If you are inspired by Peter’s story and would like to apply to become a firefighter, visit: /peoplelikeyou.aspx