A Tayside firefighter will travel to Tajikistan next month to deliver lifesaving skills. 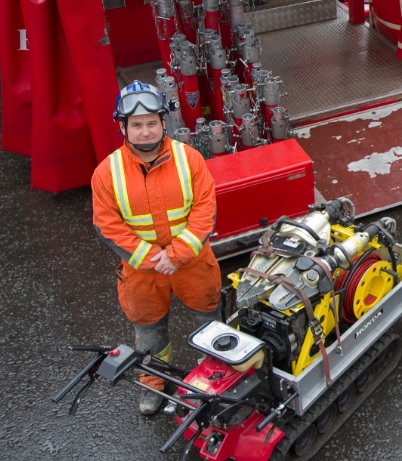 A Dundee-based firefighter will set off for Central Asia next month to deliver life-saving search and rescue techniques to international colleagues.

Watch Manager Danny Gall, based at the city’s MacAlpine Road Community Fire Station,  has been selected to share his expertise with emergency service volunteers in Tajikistan.

The 47-year-old has a raft of experience in responding to emergency situations at home and abroad including in 2015 when he went to Nepal in his dual role as a member of UK International Search and Rescue (UK ISAR).

There, he worked as part of an international effort to help free those trapped in the devastation left by an earthquake that claimed the lives of almost 9,000 people.

The father of one says he is excited about returning to the country where last year he helped develop local rescue techniques, adding: “I’ll be part of a small group of UK ISAR who will travel to the country to deliver the fundamental principles of urban search and rescue and also basic water training to local volunteers.

“By sharing these life-saving skills we ensure rescuers are better equipped to reach people in a variety of emergency situations, such as in the event of a partial collapse of a building or even severe flooding.

“From experience, we know that such incidents are time critical and knowing what to do in those early moments can mean the difference between life and death.” 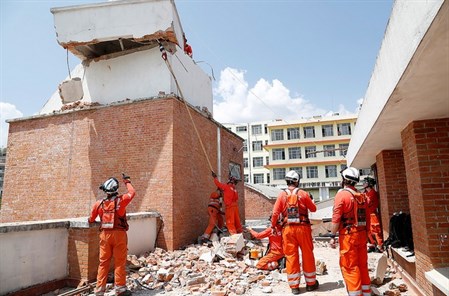 Pictured: Images of the devastation left by the earthquake in Nepal

Danny, who has been a firefighter since 2001, will join three other colleagues from UK ISAR who will make the three-and-a-half thousand mile trip.

He continued: “The Scottish Fire and Rescue Service is the fourth largest in the world and has tremendously skilled firefighters capable of responding to a variety of emergency situations - urban search and rescue is just one example.

“That’s why it’s vital for us to share our expertise with international colleagues who can’t call on the same level of resources that we have at our disposal.

“We’re all part of the same emergency service family and at heart we all want the same thing, to keep our communities safe.”

Danny will fly to Tajikistan on June 4 where he will stay for 11 days. 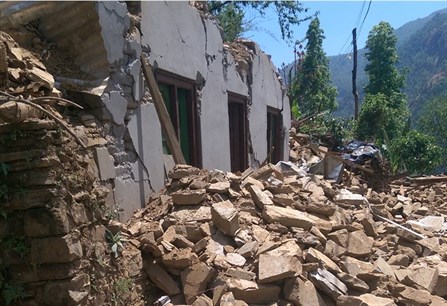 Pictured: Images of the devastation left by the earthquake in Nepal