Firefighters attended a house fire in Barra on Friday, 17 March. 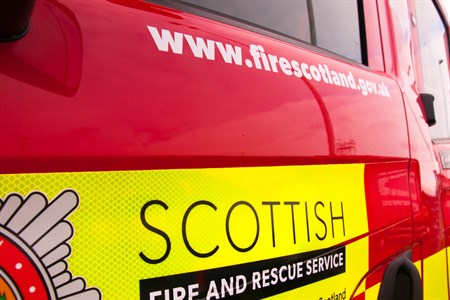 A man has sadly died following a serious house fire in the Western Isles on Friday morning, 17 March.

The Scottish Fire and Rescue Service was alerted to reports of a dwelling fire at the single-storey property in St Barr’s Crescent, Barra, at 6:19am.

A fire appliance from the island was immediately mobilised and assisted by an incident support vehicle.

He was transferred into the care of the Scottish Ambulance Service but passed away a short time later.

Firefighters used powerful water jets to extinguish the flames at around 7:15am and left the scene at around 9:30am.

A joint investigation with Police Scotland into the cause of the fire will be carried out in due course.

Local Senior Officer, Fraser Burr, said: “The thoughts of everyone at the Scottish Fire and Rescue Service are with the family at this difficult time.

“Barra has a very close-knit community and this tragic loss will be felt by everyone on the island.”