The Tour de Dumfries & Galloway raised more than £10,000 for the Family Support Trust 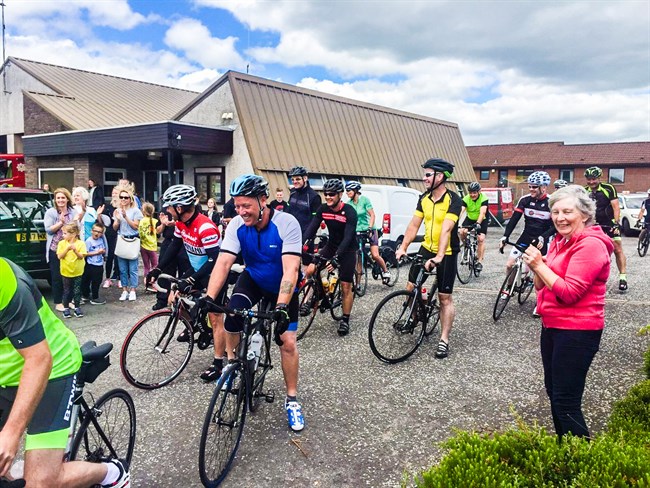 OLYMPIC legend Sir Chris Hoy backed a team of firefighters who raised more than £10,000 in a massive 300-mile charity cycle.

Sir Chris tweeted the crew before they started: “Good luck! Don't think about how far you have to go, just take it one pedal rev at a time, enjoy!”

Local Senior Officer Hamish McGhie was ecstatic when the team crossed the finish line and learned they smashed their original goal of £5,000.

But he admitted it was the encouragement from Sir Chris and local residents who spurred the team on when things got tough.

LSO McGhie said: “We received the message from Sir Chris Hoy around lunchtime on the first day.

“It was just as we approached some tough hills so it was a tremendous boost of morale to the team.

“But we were utterly humbled by the support of local residents and fire stations who supported us over the three days.

“They provided encouraging messages and food along the way – some even jumped on their bikes to cycle alongside us and it truly kept us mentally and physically strong.

“So to everyone who supported us and what we’re doing for the Family Support Trust I just want to say thank you – our efforts wouldn’t be complete without reaching out to each and every one of you.” 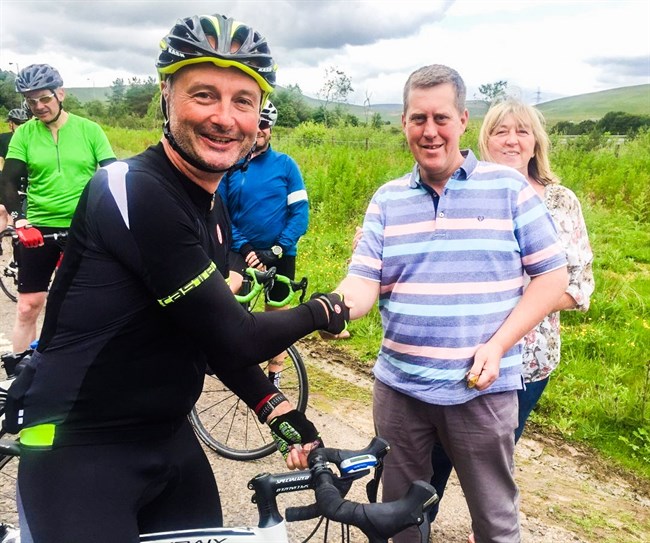 The Tour de Dumfries & Galloway started at Drummore Fire Station on the morning of Friday, June 23.

After three days of cross winds and painful hill-climbs they finally finished the mammoth cycle at Dumfries Fire Station on Sunday evening.

The team were followed by a support crew in a 4x4 generously donated by the Crossflags Nissan Dealership.

The £10,000 raised will go to The Family Support Trust – a charity that supports firefighters families in times of hardship.

More information on the charity and its work can be found at www.sfr-familysupport.org.uk 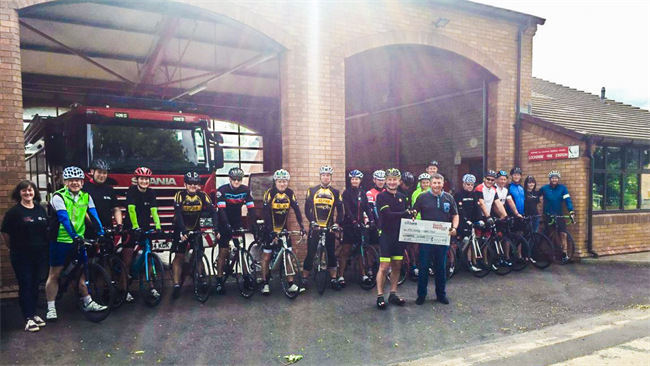