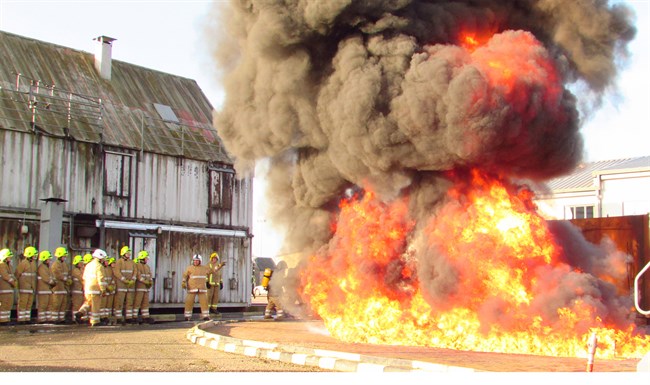 NEW Scottish Fire & Rescue Service recruits have had their first experience with the ferociousness of fire.

The dramatic scene is just one of many vital training drills experienced by trainees – in this case, how to extinguish a fire using foam.

More than 100 individuals are now three weeks into a gruelling regime to learn life-saving skills from dedicated SFRS instructors with teams based at Thornton in Fife, Portlethen in Aberdeenshire and Cambuslang near Glasgow.

And fire bosses have already been impressed by the next generation of Scotland’s firefighters. 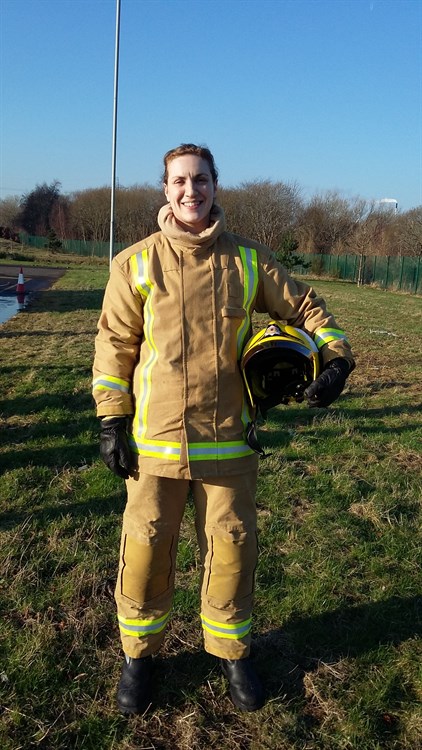 Deputy Chief Officer Alex Clark, Head of Service Delivery at SFRS, said: “All our recruits have proved their potential by passing our strict entrance criteria during the application process.

“It is now our job to build on that potential over the next couple of months.

“The modern day firefighter does more than just extinguish flames – they respond to floods, chemical spills and act as first responders to medical emergencies.

“Crucially, our staff also play an ever increasing role in making the communities safe through a vast array of prevention programmes and education.

“Through rigorous training these recruits will learn a variety of life-saving skills that the public, and other emergency services, will come to rely on.”

The new recruits, the largest ever intake of trainees, were whittled down from more than 5,300 applications after a hugely popular recruitment drive to draft wholetime firefighters into the single service.

As well as strict classroom learning, the first few weeks of training have seen recruits learn basic firefighting skills such as pump and ladder drills.

Physically demanding, they have to manoeuvre extendable ladders that weigh 135kg.

Recruits also have to maintain a strict mental focus while reacting with speed with no room for error.

Trainee firefighter Lisa Bertellotti, 28, revealed she has developed a stronger sense of self-belief since earning her place.

The former theatre designer from Glasgow, who is based at the Cambuslang training complex, said: “If you are willing and push as hard as you can go, and then a little bit more, you can succeed.

“I’ve learned over the last few weeks I can cope with a lot more than what I thought I could.”

A separate campaign is now underway to sign up retained crews.

These are part-time roles where individuals, typically based in more rural areas, are 'called out' to emergency incidents.

For more information about being a retained firefighter.