John Aitchison works for Operation Florian and has returned from his second visit to Nepal. 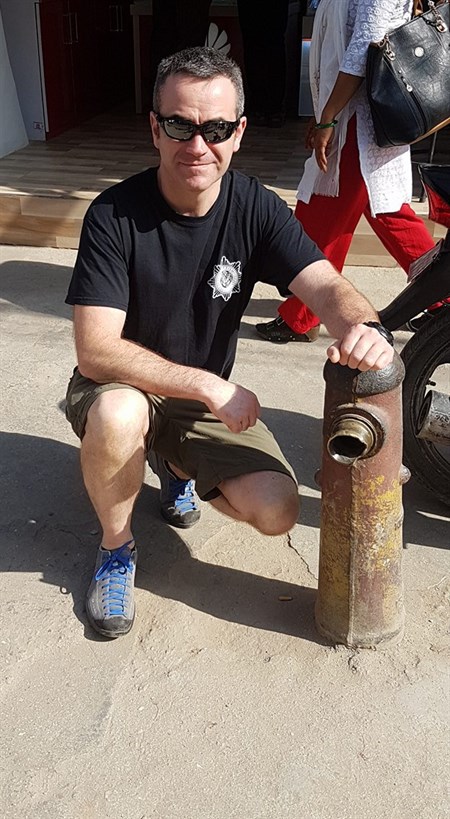 A firefighter has visited a country devastated by an earthquake to see how he can help deliver vital training to keep communities safe.

John made his return visit over a year after he and several of his colleagues from The Scottish Fire and Rescue Service were deployed as part of the United Kingdom International Search and Rescue Team (UKISAR), following the devastating earthquake in April 2015 that resulted in the tragic loss of 9000 people.

John is the Scottish Co-ordinator for Operation Florian - an international humanitarian charity and is planning a new mission back to Nepal late this year to continue his work
He is also a training instructor at the SFRS training centre Portlethen, Aberdeenshire.

John said: “After witnessing the utter devastation in the wake of the earthquake, I felt a personal connection to the country that I could not ignore.

“I knew through my Nepali contacts that things had gotten quite grim once we left.
“A further large quake followed by monsoon left many areas cut off completely due to landslides and flooding.  This was compounded by a fuel blockade at the Indian border that lasted weeks.

“Going back now and seeing how much improvement has been made - gives a real sense of achievement.

“On my next visit I want to help educate the firefighters in road traffic collisions and get them trained in the appropriate equipment.”

The return trip was organised by John long with John Monahan, a retired Station Manager from Devon and Somerset Fire and Rescue Service.

The two were joined by Danielle Antonellis, a fire engineer from the US who specialises in assessing fire risk in informal settlements.

During their three weeks in Nepal, they arranged distribution of firefighting kit, trained firefighters in Kathmandu and Pokhara – the second largest city in Nepal. It has half a million people and is one of the most polluted cities.

The team gave fire safety advice and fitted 70 smoke detectors in a city orphanage (many of the children had lost their families to the disaster).

Much of their time was spent meeting with officials from the army, fire service, police, local government, United Nations and the Department for International Development.

The team also travelled to various locations to assess and plan a larger return mission that will be training and education based.

John said: “We now have the backing of all the relevant stakeholders who approved of our plans and were eager for us to assist in helping Nepal get back on its feet.   The emergency service workers I spent time with are doing a tremendous and at times extremely dangerous job under very difficult circumstances with very poor resources.

“We are investing our time and efforts into a long-term partnership with our friends in Nepal, and we hope to return in late 2017 with more rescue, fire prevention and educational resources.”

John wants to work the training instructors at the fire stations across Nepal to reduce the number of deaths on the roads.

John said: “It was important working with the firefighters as multiple fatalities happen daily on the roads.

“The plan is to send over equipment and a team of us – including paramedics who will train the fire service instructors in trauma care and how to use and maintain the equipment.

“This will allow the instructors to then train their local firefighters.”

John adds: “It’s not just about prevention but also education.  We are starting a project for kids to educate them at a young age on road safety.

“By taking a proactive approach we can educate kids to understand basic road safety rules and stop the deaths from happening in the first place.”

John stresses that only with the support of the Fire Service, family and volunteers that help with fundraising, can such an ambitious project become reality.

“I have been working with Operation Florian in Macedonia for the past decade and have seen their emergency response transformed and become a successful model for other regions to follow.” 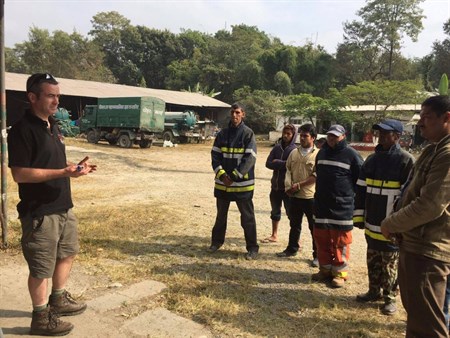