There were no casualties caused by fire between July and September across the region. 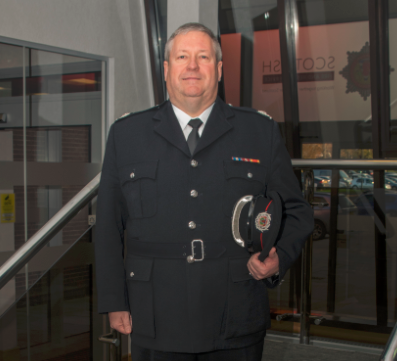 There were no fire-related casualties recorded across East Renfrewshire over a three month period, latest figures have shown.

The figure fell to zero between July and September 2017 having previously reduced from four to one in 2015 and 2016, respectively.

This fall emerged as East Renfrewshire Council gave its formal backing to the Scottish Fire and Rescue Service local plan for the area.

It was approved at a meeting of elected members on Wednesday, December 13 following public consultation from June to September.

David Proctor is the Local Senior Officer for East Renfrewshire, Renfrewshire and Inverclyde.

He said: “It is pleasing to note that there were no fire-related casualties across East Renfrewshire over this reporting period, but be assured that we will never be complacent.

“Our firefighters will continue to work tirelessly to protect and support communities through key preventative work such as free home fire safety visits.

“They will visit people to provide safety advice and guidance, and also check or install smoke detectors but we are particularly keen to assist the most vulnerable and elderly residents stay safe in their own homes.

“I would appeal to anyone who has elderly or vulnerable grandparents or who might know of a neighbour who could benefit from our assistance to get in touch.”

The importance of partnership working runs throughout the East Renfrewshire fire and rescue plan.

It outlines how sharing intelligence between partner agencies – to target resources at areas of greatest need - are key to keeping communities safe.

LSO Proctor added: “I’m delighted that councillors have shown support for our plans at a local level.”

The plan also highlighted how a significant number of incidents attended locally by the Service were as a result of unwanted fire alarm signals (UFAS).

LSO Proctor said the Service is committed to reducing the number of UFAS incidents.

He said: “These type of calls can divert SFRS resources away from genuine emergencies and result in unnecessary blue light journeys for our firefighters.

“However, through robust and flexible strategic planning, our crews are always ready to respond to any incident to keep our communities safe.

“UFAS can result in lost revenue for businesses and the risk of staff becoming complacent.

“We are committed to working with duty holders and, where appropriate, improving management arrangements within premises to reduce the number of unwanted fire alarm signals.”