Firefighters from the Scottish Fire and Rescue Service joined forces with their airport colleagues to tackle an aircraft fire exercise. 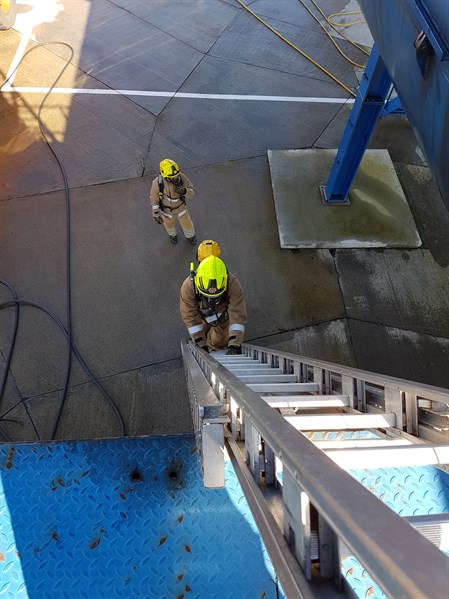 Firefighters from the Scottish Fire and Rescue Service joined forces with their airport colleagues to tackle an aircraft fire exercise.

The realistic exercise at Edinburgh International Airport was aimed at boosting the response strategies for the two emergency partners in the unlikely event of an aircraft-related tragedy.

A full day of training saw the SFRS crews given a tour of the airport before an intensive training session on how they could work alongside the airport’s fire and rescue service to tackle a major incident.

They were then familiarised with AFRS’s specialised Major Foam Tenders and the equipment they carry, before responding to the blaze at the airport’s training ground. 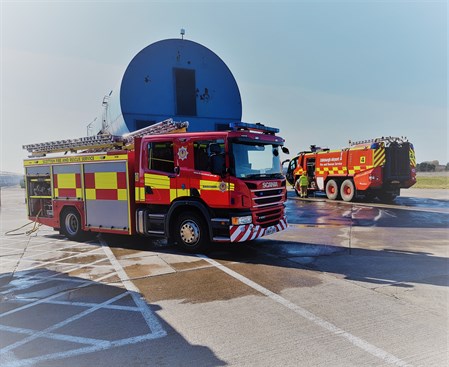 “SFRS crews were deployed within the aircraft to carry out a simulated search and rescue to ensure all passengers had evacuated.

“Our firefighters accessed the appliance by using a ladder to climb up on to the wing of the mock aircraft and enter through an over-wing door while a second crew simultaneously entered using a staircase.” 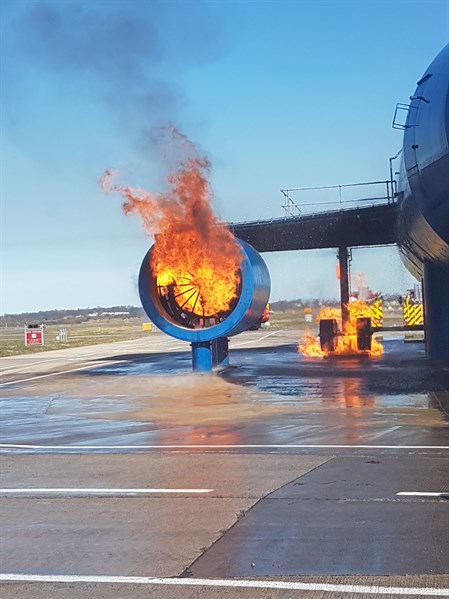 The training rig closely simulates the layout and systems of the largest aircraft that can use Edinburgh International airport.

The cabin can also be artificially ‘smoke logged’ or with the use of carbonaceous cribs can replicate fire conditions, allowing crews to practice search patterns in real life conditions.

Leslie continued: “This type of training exercise is excellent for developing our partnership working with our talented colleagues in the AFRS.

“It is vitally important that the SFRS and the Edinburgh AFRS can work together to effectively respond and deal with an incident.

“Thankfully, incidents involving aircraft are rare - however we have to replicate realistic joint training to confirm our knowledge and ability for dealing with the unique challenges and hazards that an aircraft incident presents if it does arise.

“Crews from Sighthill will often be the first from SFRS who are on scene - it is important for us to have a knowledge of aircraft procedures as we may find ourselves deploying very quickly once in attendance and crews will have to be confident in the various means of accessing aircraft, different seating configurations and how they affect our rescue operations.” 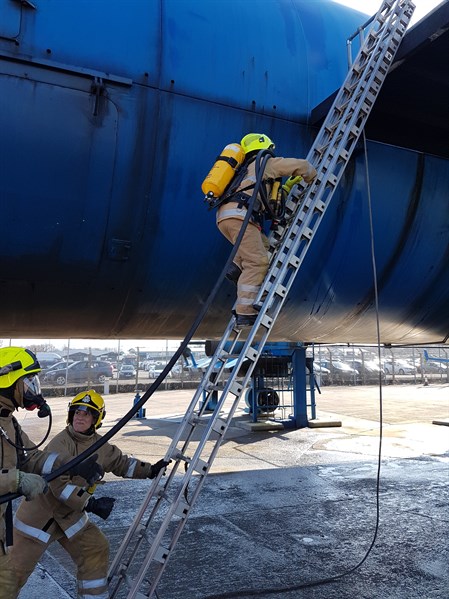 Station Manager Kenny Pearce, from Edinburgh Airport Fire and Rescue Service, added: "As with all fire incidents, time really is key when making an intervention and joint training events are essential to ensuring that our respective services can respond effectively alongside one another should such an event arise at Edinburgh Airport.

“The training event with Sighthill forms part of a collaborative approach to training between SFRS and Edinburgh Airport and is one of a number of events planned for this year to ensure that both services have an excellent working relationship.

“Incidents at Edinburgh Airport are thankfully very rare but these training exercises help to confirm our response procedures should such an event take place.”