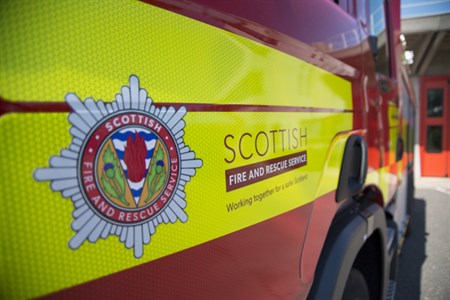 The call was received by operations control at 11.23pm and three appliances from Perth initially attended, followed by a pump from Aucherarder and the Command and Control Unit from Perth.

Crews in breathing apparatus began attacking the blaze with jets before an Aerial Rescue Platform was called in and used as a water tower.

Firefighters managed to bring the blaze under control at 1.27pm before carrying out damping down operations and checking for hot spots.

The fire in the building, measuring 15m x 15m was in the roof space.