New head of service delivery takes charge in the west 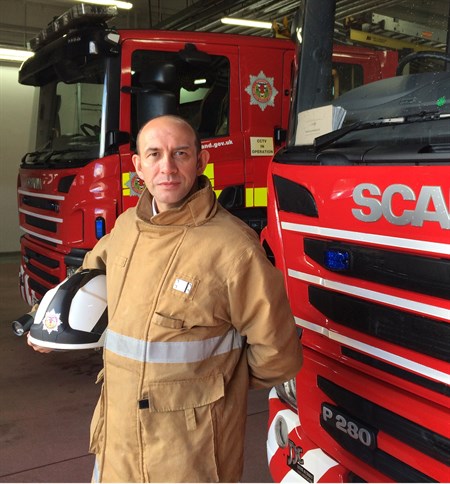 A highly-experienced officer has taken charge of the Scottish Fire and Rescue Service (SFRS) throughout the west of the country.

With 24 years both as a frontline firefighter and in leadership posts, Deputy Assistant Chief Officer Peter Heath will spearhead the drive to continually improve the service for communities across the region.

As the new head of service delivery he oversees 127 fire stations and leads an expert team including SFRS's dedicated local senior officers.

Scotland's Deputy Chief Officer Alex Clark welcomed him to the role. He said: "This is a vital leadership post and it needs an officer with Peter's experience to take it on.

"The value of more than two decades of first-hand knowledge cannot be overstated - it equips Peter to build on the great work that has already been carried out.

"His appointment shows our commitment to continually developing and improving the service we provide to people in every community and I'd like to extend my congratulations as he takes up his post."

The appointment sees DACO Heath take on responsibility for an area spanning 13 local authorities, stretching from the border at Gretna to north of Oban.

It includes Scotland's largest city and some of the country's most rural and remote communities. 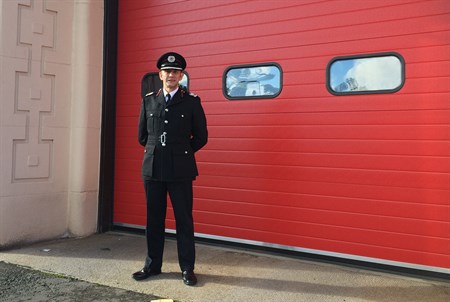 DACO Heath said: "I am looking forward to leading the team as it continues driving forward the service throughout the West of Scotland.

"We are absolutely determined to keep improving outcomes for our communities and always provide the excellent fire and rescue service that the public deserve and expect.

"Partnerships are crucial to our success. We have strong relationships with our colleagues in the other emergency services, in local authorities and from other agencies, so we will continue to build powerful coalitions that can deliver real benefits to communities."

Peter Heath grew-up in the Scottish Borders town of Innerleithen and joined the fire service in October 1992 at the age of 25.

He was part of frontline crews at Hawick in the Borders as well as at Edinburgh's Sighthill and Tollcross fire stations before becoming a fire safety enforcement officer for the capital.

Promotions saw him take charge of the city's Liberton Fire Station and gain a secondment to the fire and rescue college in Gullane, working in the learning and development team developing  national programmes of work.

Command of a group of fire stations was followed by appointment as head of operations planning throughout the Lothian and Borders region. 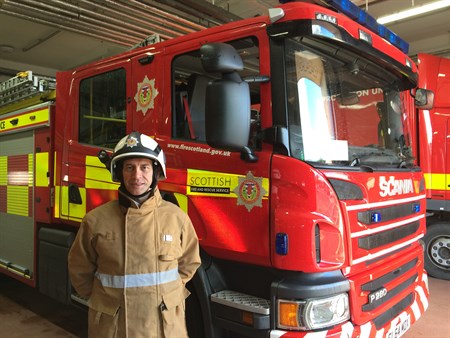 Mr Heath led the former service's learning and development department and became its director of human resources, before working on national fire reform as the Response and Resilience programme lead.

He has a wide and varied range of operational and emergency response experience. As a member of the UK's Chief Fire Officers Association and a qualified gold-level commander, he holds the emergency services' highest level of certification and is trained to take charge of major incidents.

He said: "I became a firefighter after working in forestry and construction and as my career developed I wanted to be involved across different parts of the service's work.

"Dedicated, skilled and highly experienced people make the service what it is and we have a culture of continuous improvement to better protect the public.

"Individually we can all add a little and improve how we go about our roles - collectively that adds up to make a big difference."

"I'm looking forward to working with all the staff across the west to continually develop how we operate and ultimately better serve the public", he added. 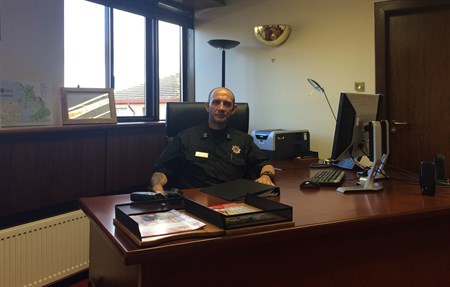 With the creation of SFRS in April 2013 Peter became the senior officer for Midlothian, East Lothian and the Scottish Borders.

He was promoted to Deputy Assistant Chief Officer in 2015 when he accepted the post of head of human resources and organisational development.

In May this year was announced as the next head of service delivery for the West of Scotland, to take on the role following the retirement of incumbent DACO Paul Connelly in September.