Her Majesty meets SFRS in Ballater 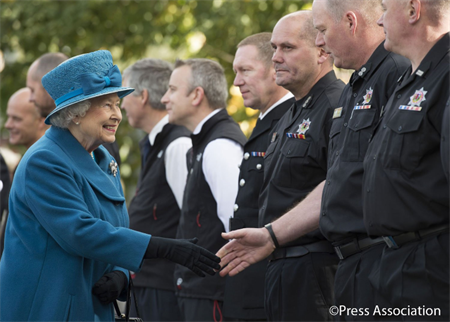 Her Majesty the Queen paid tribute to the efforts of Scottish Fire and Rescue Service during a visit to Ballater yesterday.

The Aberdeenshire village was heavily-hit by the winter storms and floods that swept across Scotland last January.

Firefighters from Ballater - backed up by SFRS colleagues from across the country - played a frontline role in protecting their local community, despite their own station flooding under five foot of water.

Local Senior Officer for Aberdeenshire David Rout was among six people handpicked from the service to meet with Her Majesty at the town’s Glenmuick Church.

He said: “Her Majesty approached us and commented on our attendance at the flooding. She remarked that it must have been a daunting experience working against the fast flowing water.

“This is the first time many of us had met her in a formal engagement and it was a fantastic boost for the town, which is still recovering in many ways.

“The Ballater crews worked tirelessly to protect their local community and were ably supported by colleagues from other areas of the country.

“There were firefighters who lost their homes to the flooding but continued to rescue people and work in the days after, providing community resilience and knocking on doors to see that their neighbours were okay.”

Richard said it was a privilege to meet Her Majesty and discuss the town’s recovery.

He said: “It was a fantastic opportunity for the Queen to meet with the village and the emergency service and speak about efforts over the past year.

“The village is slowly getting back to its feet. It’s been a long recovery but the floods showed that how resilient Ballater is – we’ll get there soon.” 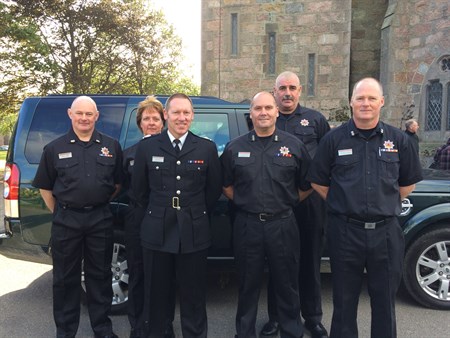