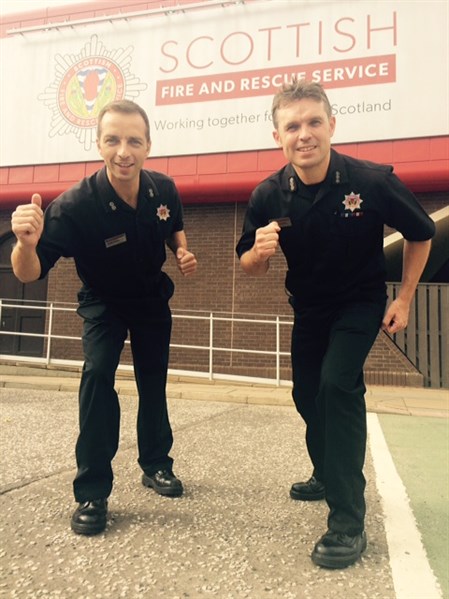 Barry, left, and Scott have been in training to take on epic run

A pair of experienced firefighters are set to run their FIRST ever marathon for charity – and the route is billed as “Scotland’s toughest”.

Station Manager Scott Kennedy and Watch Manager Barry Cranstoun will pit themselves against the epic 26.2 mile trail through the heart of Glencoe.

It climbs TWO mountains before finally descending into the foothills of the mighty Ben Nevis.

The friends – who met during their firefighter training at Gullane back in 2000 – are taking on the challenge to raise funds for the Scottish Fire and Rescue Service’s Family Support Trust.

It assists colleagues who have stood on the front line to protect the public when they need help - at times of either injury, illness or bereavement.

And the pair are also contributing half the amount raised to Glasgow’s Royal Hospital for Children who cared for a friend’s daughter through heart surgery.

Scott, 47, said: “This is our first ever marathon and folk are very surprised – but we will just be thinking of those who are less fortunate and who need our support to help get us over that finish line.

“We are very grateful to those who have contributed thus far but every penny counts and we would welcome all donations, no matter how great or small.”

The marathon kicks off in the early hours of Sunday, 2 October.

It snakes through the muddy bogs of the Pass of Glencoe before climbing 500 metres up the fearsome Devil’s Staircase and then descending sharply into Kinlochleven at the half way mark.

But the runners will then have to climb the almost vertical ascent of the Mamores and negotiate a rocky nine miles before finally embarking on the final two mile stretch down into the foothill of Ben Nevis. 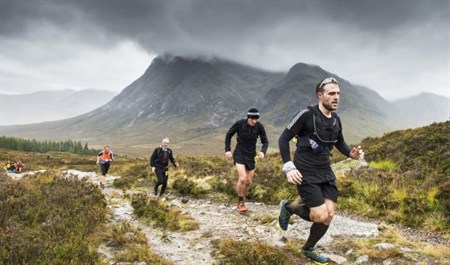 The 26.2 mile race is billed as "Scotland's toughest"

And Scott and Barry, both based at South Lanarkshire, will do all of this while carrying a weighted back pack filled with essential food, water and medical kit.

Their training has included short mid-week runs and longer weekend routes in preparation.

But Scott is nursing an ankle injury while Barry, 40, has just welcomed daughter Mia Skye into the world.

Scott said: “No training schedule is ever perfect – especially one on this scale. We have faced our challenges and Barry has just become a dad again!

“But firefighters never shy away from a sporting challenge and we place great emphasis on team work so Barry and I will get each other through this.

“We just want to give something back to the Family Support Trust and help assist the Royal Hospital for Children – so we had to pick something that stood out and we thought Scotland’s ‘toughest marathon’ might do the trick!”

If you would like to support Scott, Barry and both charities then please visit: http://uk.virginmoneygiving.com/ScottKennedy999