The Scottish Fire and Rescue Service has appointed a new Local Senior Officer for Highland. 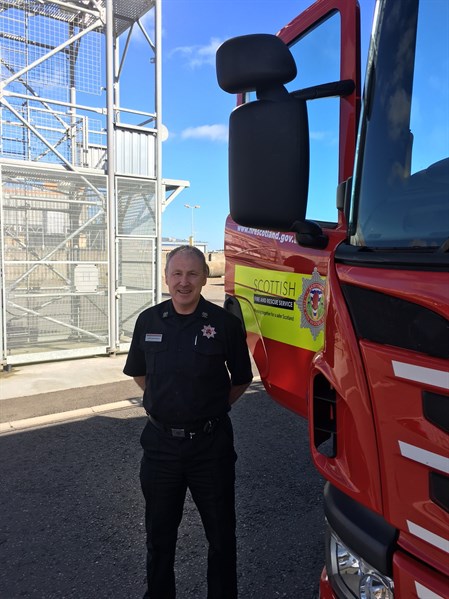 John MacDonald took up the post on Thursday, 22 September.

He said: “I am pleased to announce that John MacDonald is taking up the reins as our new Local Senior Officer for Highland.

“He will deliver local solutions to local challenges - with the reassurance that the Scottish Fire and Rescue service is a national organisation with all the benefits of scale and support that this brings.”

John joined Highland and Islands Fire and Rescue Service in May 1991 and served as an operational firefighter and Junior Officer on Red Watch and Blue Watch at Inverness.

He was also a training instructor at the Service Training School in Invergordon and served in Portree as District Officer for Skye and Lochalsh district.

In September 2012 he was temporarily promoted to Area Manager in the role of Head of Operations for Western Isles, Orkney and Shetland.

And on the creation of the Scottish Fire and Rescue Service on 1 April 2013, John was appointed to the Head of Prevention and Protection for the Highland, Western Isles, Orkney and Shetland areas.

In February 2016, John was promoted to Area Manager.

He was born in Fort William and grew up in Arisaig, Inverness and Shetland and now lives in Inverness with wife Allana and their two children.

The LSO said: “I am absolutely committed to serving the communities of the highlands to ensure we meet their needs - both now and in the future.

“At the same time I very much look forward to continuing to develop positive relationships with other public, private and third sector partners as well the communities themselves to deliver positive outcomes.”