Firefighters were called to respond to a building fire at Kingsway Koatings in Dundee last night (17 May). 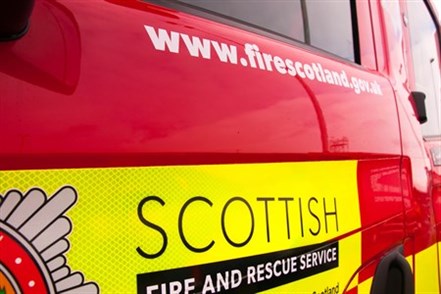 Crews arrived to find a well-developed fire within the industrial powder coating company. Firefighters fought the fire from outside the building using an aerial rescue appliance and high pressure water jets due to a partial collapse of the roof.

The fire was put out just before 9.30pm with crews remaining, using a thermal imaging camera, to confirm there was no hidden fire spread within the building’s structure and left the scene at 11.35pm.