Likely increase in BBQ incidents with the warmer weather. 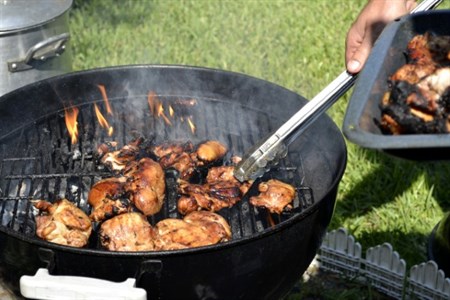 A City of Edinburgh fire officer is warning people to be extra careful when using barbecues.

The warning comes following an incident that happened earlier this week.

Crews from Crewe Toll fire station were called to an incident on Monday evening which involved a casualty who had suffered minor burns while trying to light a barbecue.

Crews were also called out over the weekend to barbecues that had been left unattended and still lit.

With the warmer weather here it is likely that there will be an increase in barbecues and potential fire risks.

One of the main causes of fire is the careless disposal of BBQ’s into bins, some of which already contained combustible materials.

Group Manager David Girrity said: “We want people to enjoy the good weather and stay safe at the same time.

"Every year we get called out to deal with barbecues. We want people to make sure they follow the manufacturers' guidance and make sure they stay safe.

“By following some simple rules, you can ensure your barbecue is a safe and enjoyable event.”

For more information on staying safe with barbecues visit our website /your-safety/barbecue-safety.aspx