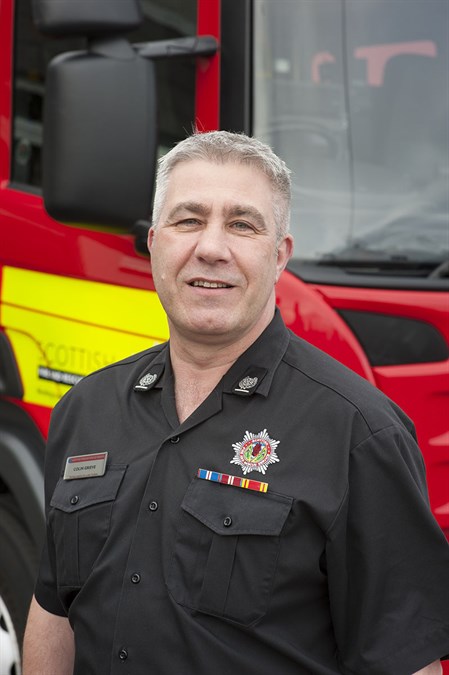 Deliberate fire setting in Dundee has fallen according to the latest figures released by Scottish Fire and Rescue Service.

The number of deliberate fire setting incidents dropped to 129 for the 2015/16 period (1 October to 31 December) compared to 152 for the same period the previous year.

LSO Colin Grieve said: “It is pleasing to note a reduction in the number of deliberate fires in Dundee during the third quarter.

“Local managers have been working closely with partner agencies to identify those responsible in order to reduce incidents of this type. Where young people are identified as having committed these acts they are referred to our prevention team where appropriate, as part of our ‘Fire Setters’ intervention programme.”

He added: “A total of 109 deliberate secondary fires were attended by operational crews during the reporting period which is well below the five year average. The largest type of this incident is small outdoor fires including scrubland/grass etc. which accounts for 44 incidents. Wheelie bin fires accounted for a further 41 incidents.

“A number of initiatives have been undertaken to reduce these incidents such as Environment Surveys, leaflet drops, fire safety talks, partnership meetings and the involvement of SEPA. Local managers have been working closely with Police Scotland and other partners to address this matter.

“Intelligence is shared regularly as part of the multi-agency tasking and co-ordinating meetings and also the fire related anti-social behaviour group where discussions have led to a number of actions being taken to address this issue. In conjunction with the social work department we continue to work with a number of youths in our ‘Fire Setters’ intervention programme which aims to educate youths against the dangers of fire setting.”

The reporting period also encompassed what is traditionally one of the busiest times of the year (bonfire night and the build up to this) for SFRS across the country. A lot of preventative work was undertaken during this period in the local area. In particular engagement with schools located in areas where there has been significant activity in the past and also with offsite educational services is worthy of mention.

The results from this and other initiatives have been encouraging with a continued decline in the number of unauthorised bonfires attended on 5th November 2015 (17 x incidents) in comparison to previous years (29 x incidents in 2014, 33 x incidents in 2013 & 46 x incidents in 2012) and no attacks on operational crews. When you consider this against a peak of 96 incidents attended during bonfire night in 2006 this is a significant reduction.

Accidental house fires showed a slight increase from 46 in 2014/15 to 54 in 2015/16, however, the figure for the third quarter is still slightly less than the five year average.

LSO Colin Grieve added: “By far the biggest cause of fire was cooking related (26 incidents), other main causes were combustible materials placed too close to a heat source (8), negligent use of equipment (5), careless handling (4) and faulty equipment (4).

“Alcohol was identified as a factor in thirteen of the incidents attended and was unknown if this was a factor at a further seven incidents.

Our Home Safety Visit (HSV) programme is aimed at increasing the safety of our communities by preventing fires as well as improving the level of smoke detector ownership and maintenance which promotes early detection of fire and reduces the likelihood of occupiers suffering injury and limits any damage caused to property.

“We continue to work with partner agencies to identify those most vulnerable to the effects of fire in order that we can properly target our initiatives and HSV’s. The intention being to ensure improved targeting of prevention activities to those deemed most at risk.“

During the reporting period SFRS undertook a total of 921 HSV’s.