Firefighters tackled a blaze at a derelict building and wildfires involving large areas of countryside. 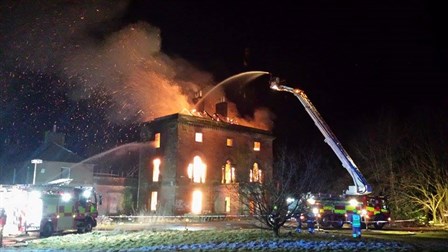 A busy weekend saw firefighters in Dumfries and Galloway tackle several wildfires and a blaze in a historic derelict building.

Scottish Fire and Rescue Service (SFRS) crews from Dumfries, Annan and Lockerbie fought a significant fire at Carnsalloch House in Kirkton on Friday night (18 March) following an emergency call made shortly after 11:10pm.

Firefighters positioned outside the property used high pressure jets to fight the well-developed fire involving all three floors of the building and crews conducted dampening down operations throughout Saturday.

At 1:20pm on Saturday (19 March) crews were sent to a wildfire involving a large amount of grassland near Bargrennan.

Farmworkers assisted SFRS crews as they used hand-held beaters to knock down the flames – which were burning in three separate fronts across half-a-mile of countryside – and they successfully extinguished the fire before it could spread to forestry ground.

The incident involved crews from Newton Stewart, Gatehouse, New Galloway and Girvan and continued until around 8pm.

It was followed by another significant wildfire on Sunday (20 March), when firefighters tackled an incident involving a large area of grass and gorse bush in New Abbey.

Crews from Dumfries and Dalbeattie were sent to the scene in response to a call made around 4:15pm.

They used beaters to extinguish the fire while a farmer assisted by using a mechanical shovel to make a fire break. Crews left the scene around 6pm. 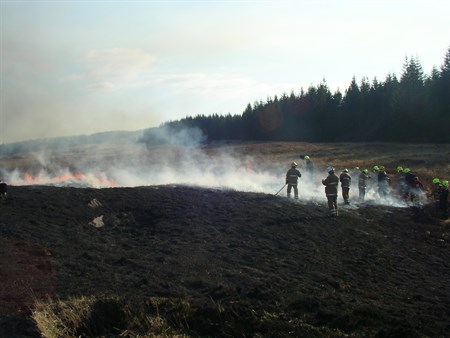