Crews from Kilmarnock and Dreghorn responded to the incident at Hurlford 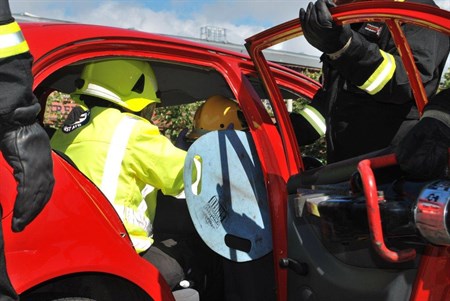 Firefighters rescued a man following a collision involving a lorry, a van and a car in Ayrshire.

Scottish Fire and Rescue Service (SFRS) crews used hydraulic cutting equipment to free the casualty from the van before he was taken to Crosshouse Hospital.

Ambulance personnel also assessed three other adults. They had not been trapped and did not need further treatment.

The incident happened shortly after 7am on Tuesday (12 July) on the A71 at the A76 in Hurlford.

SFRS crews from Kilmarnock and Dreghorn were sent in response to a call from police and the first of the three appliances reached the scene four minutes later.

After safely releasing the trapped man firefighters made the scene safe before leaving around 7:45am.