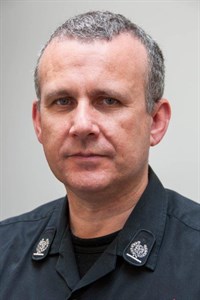 Accidental house fires in East Ayrshire between April and June this year saw six people receive treatment – a significant 50 per cent fall from the 12 hurt during the same three months of the previous year.

Of the casualties, two were taken to hospital with minor injuries while the other four only needed assistance at the scene.

“Working fire detection systems raised the alarm in more than three-quarters of the accidental house fires in East Ayrshire – this meant most could be put out by smothering the flames or firefighters’ removing the item from the home.

“I have no doubt that early warning helped prevent far more serious damage to property and danger to people.”

East Ayrshire saw 46 accidental house fires over the three months – 11 more than in the same period of 2015.

Area Manager Scott explained: “Having adequate fire detection in place is crucial but householders can’t afford to ignore the risks because they have smoke alarms installed.

“The fact no-one in the area was killed or seriously hurt, despite a rise in the overall number of these incidents, demonstrates the importance of engaging directly with our communities to reduce the impact of fires within the home.

“We know that fires start when people’s attention stops and fully 72 per cent of the accidental house fires in East Ayrshire were down to cooking.”

“Anyone can get distracted and if that happens in the kitchen then it’s all too easy for a potentially serious fire to break out”, he added.

“That’s why we want people to make sure they never step away from the cooker without first taking any pots or pans off the heat and fully switching off the grill.

“It’s also important to think about where items like kitchen roll and towels are kept, so they are never placed close to the cooker.

“Everyone can take basic steps like these and they make fires much less likely to happen.”

The area’s SFRS teams routinely share advice with people to help them stay safe. They carried out 319 free home fire safety visits over the three months and fitted 178 smoke alarms in the process.

They also shared advice with residents to help them recognise risks and make it less likely a fire will happen in their home.

Firefighters want to hear from anyone who thinks they, or someone they know, could benefit from the service.