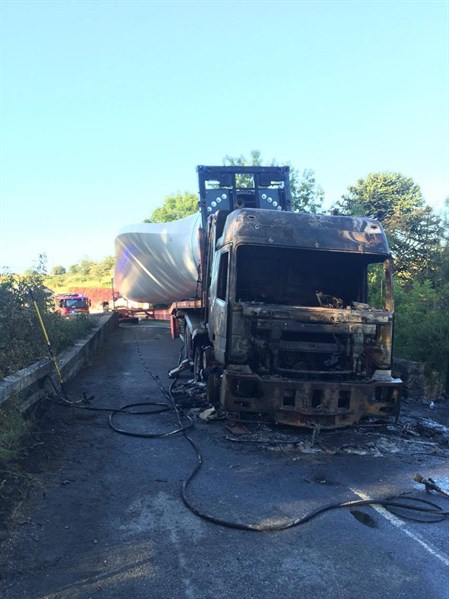 Scottish Fire and Rescue Service (SFRS) attended a fire involving an articulated lorry carrying a wind turbine blade, ten miles from Newton Stewart on the A714 early this morning (31 August 2016).

The incident on the Bargrennan Bridge was reported to operations control at 5.55am and when two crews from Newton Stewart arrived they were faced with a fire within the cab of the HGV.

Firefighters in breathing apparatus quickly extinguished the blaze and thankfully the driver of the vehicle was not injured. The cab of the HGV was completely destroyed by fire.

The road has been closed and diversions are in place. The clean-up operation continues.