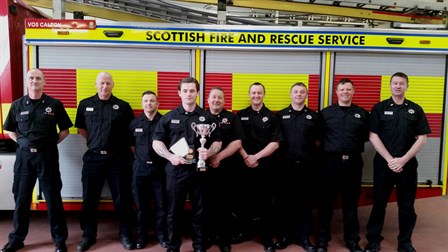 Firefighters are used to lifting heavy items in the line of duty but Firefighter Liam Curran has taken the art of lifting to another level altogether. 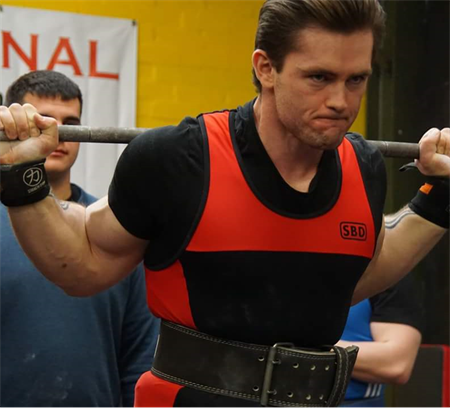 Lift for glory: Liam competing at the WDFPF European Championships in Weston-super-mare

To put that in perspective, that’s about the same as the weight of an adult cow. He also broke the Scottish record for Bench Press in the 100kg division at the tournament in Weston-Super-Mare on April 10th and 11th.

Far from taking it easy and looking for a cosy spot for his trophy at home Liam has quickly set his sights on a top five finish at November’s WDFPF World Championships in Killarney, Ireland.

He said: “I first got into bodybuilding with some friends at the gym before I decided to give powerlifting a go last year. I won the British Drug Free Powerlifting Association (BDFPA) Scottish qualifier in December 2015 to qualify for the British Championships where I placed second in my weight class.

“It was a fantastic experience to finish second at the European Championships particularly with my wife and three sons present. I’ve set a 700kg target for the Worlds in November and hopefully I can push myself into the top five!”

Along with his family and friends, Liam has found plenty of encouragement from his fellow crew members at Calton. 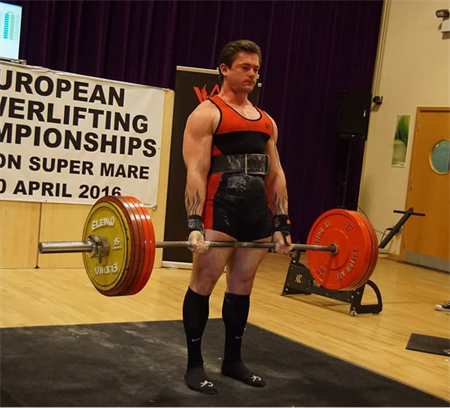 “The watch and myself have been there in the background pushing Liam on and assisting him, even spotting for him on his heavier training days.

“Unfortunately we had just come off duty on the day of the championships or else we would all have been there cheering him on. I have no doubt the watch will give him the same support and assistance as they have up to now when he goes for the worlds in November.”

Next up for Liam is the chance to represent Scotland at the Four Nations Championship in August in Cardiff and - once again - he’ll have Calton’s Group 4 crew right behind him all the way.

Liam added: “All the guys have been supporting me from the beginning and I can’t thank them enough for their encouragement and help. I hope I can do everyone proud in Cardiff and at the Worlds in Kilkenny.”

Liam’s results from the European Championships: