One of the world’s most influential men has reached out to thank a firefighter for their contribution to Glasgow’s COP26 Climate Summit. 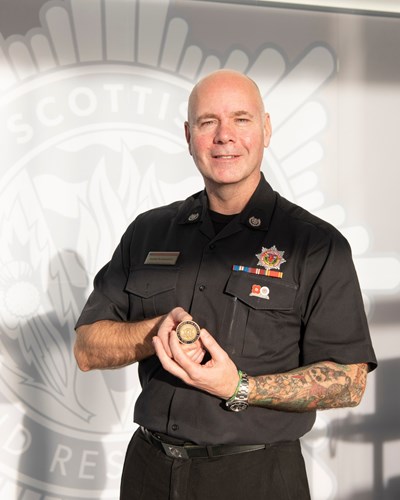 Scottish Fire and Rescue Service (SFRS) Group Commander David McGroarty was in his car when he got the call to meet President of the United States Joe Biden.

If it wasn’t for the mention of the more detailed work around the COP26 operations – he would have thought someone was playing a prank.

David, who is based at the SFRS headquarters in Cambuslang, said: “I was extremely honoured and it was surreal. It’s not part of the standard daily duties and it was totally unexpected.”

The meeting happened at the Dalmahoy Hotel and Country Club in Edinburgh where the President was staying during his time in Scotland for COP26.

David, along with around 20 other people, were afforded this golden opportunity.

David said: “I was heartened by the scope of the other people who were there. It showed the President really understands the cogs that go into making his visit and his real appreciation for people. It really helped me form a real sense of the man, and added another dimension to him.”

At the hotel the American flags provided the backdrop as each person was announced and brought forward to meet the President one-to-one.

David said: “It was a moment - there were people around him, close personal security, aides - but the room dissolved - and it felt like a really personal one-to-one as he warmly extended his hand to welcome me.”

President Biden’s opening line was “You know son, God made man … and then God made firefighters.”

David said: “In the US firefighters are held in such high regard and in my opinion, he was making a clear statement of that high regard and how he views the uniformed services.

“It was a statement of acknowledgement that becomes a thank you for your service. It was heartfelt and sincere. It felt like he wasn’t merely doing this out of a sense of duty, but like he really wanted to do it. It felt like a reflection of the respect he has for the office he holds.

“I expressed my thanks for this honour and opportunity to meet him. It was a true privilege.”

As a parting gesture, President Biden gifted David a Presidential Seal. David said: “I believe this to be something symbolic and a form of recognition to receive this Presidential Seal directly from the President.” 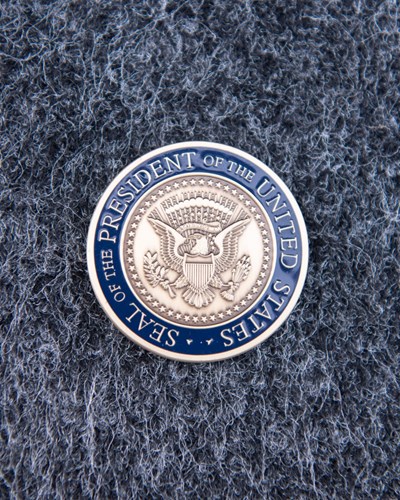 The dad of Lara, 16 and Emel, 9, who lives in Paisley, said there were many moments of pride during COP26, notably the ‘Global Day of Action for Climate Justice’ march which saw around 100,000 people marching through Glasgow’s streets.

David said: “It was horrible weather, but people were still out, marching in a carnival atmosphere. We followed the procession through operational eyes and the implications of having that number of people on the streets. Afterwards you see the images and social media, and it was a hugely proud moment.

“I am fiercely proud of Scotland anyway but that day I was fiercely proud of Glasgow. All the eyes of the world are on your country and to see that amount of people united in our city, made me feel fiercely proud. It felt like a lasting legacy and a moment in history.”

SFRS worked for months in advance alongside partners to help deliver a safe event which saw dozens of world leaders and hundreds of delegates arrive in the city for the major climate summit.

Extensive work was also undertaken with duty holders, including those in the hospitality sector to ensure fire safety measures were in place to help keep visitors safe during their stay.

SFRS drew upon resources from all around the country, which includes senior officers, wholetime firefighters and as well as retained and volunteer staff.

David – who has been a firefighter for 25 years - said: “It’s been a real commitment. It reflects the gravitas of COP26 that people wanted to be involved. It’s a very proud moment seeing it all come together because all the hard work doesn’t happen by itself, there have been so many people involved.”

While working on COP26 David said he keeps coming across “statements I’ll never use again”.

These include: “I’ve just had a really good meeting with the United Nations”,” I’ve been doing some planning for the Black Hawk helicopter”. He can now add … “That was a good meeting with President Joe Biden”.

He said: “COP26 has been a true journey, unbelievable.”