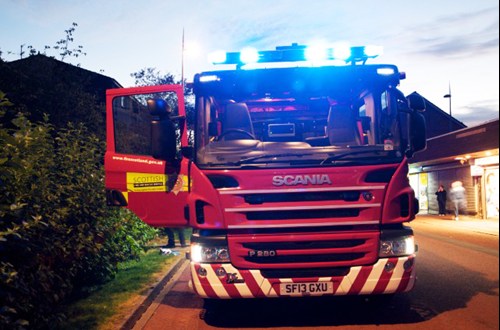 The people of Livingston are invited to join firefighters past and present to celebrate the golden anniversary of the town’s community fire station.

The West Lothian station is throwing its doors open to the public on Saturday to mark 50 years of helping to protect communities.

The fire service has been an ever-present in the town during the past half century, with the local community striking up a close relationship with serving crews.

As part of this weekend’s celebration, visitors will be able to witness live firefighting demonstrations and meet and greet representatives from a range of emergency services and charities.

He said: “The event is open to everyone who has served at the station over the years.

“There are engines coming along from the Heritage Trust and also current operational engines – including a rapid response unit.

“It is important to us to show where the station has come from and indeed where we are now as part of a national fire service.”

SM Cunningham believes Saturday’s gathering is the perfect way to thank the local community for their support down the years.

He said: “The station has been present since Livingston was formed as a new town.

“The local community has supported us immensely over the years, so this is a great opportunity for us to give something back.

“That’s one of the main reasons we wanted to host this event.

“The fire station has always been a bit of a local landmark. The town has developed around it.”

SM Cunningham continued: “We’ll be on hand to offer safety advice – the same as we do every day.

“It’s just a great way to engage with the community and to mark the contributions of firefighters throughout the last five decades.”