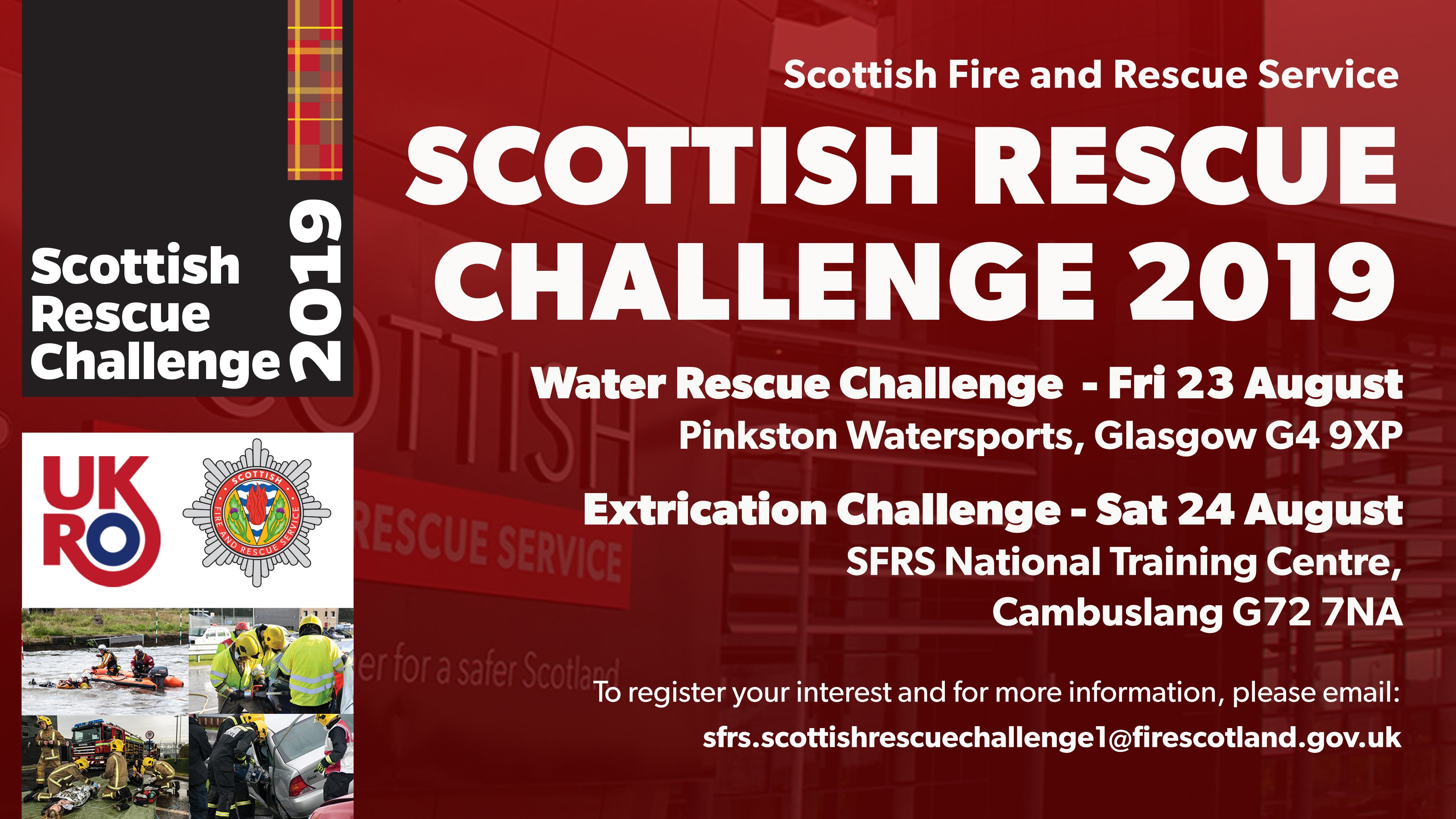 FIREFIGHTERS from across the UK will pit their specialist skills against each other in Scotland next month.

The Scottish Rescue Challenge will take place across August 23 and 24 and will see teams test their RTC and water rescue skills in a series of scenarios.

Crews from as far as London will travel to the Scottish Fire and Rescue Service’s national headquarters in Cambuslang near Glasgow, where the event is being co-hosted alongside Pinkston Water Sports centre.

Now interested teams from Scotland and the UK and international services have just one week left to sign up for the event, with registration closing on July 23.

The event is open to wholetime and retained crews, and those who complete the challenge will be awarded certificate for Continued Professional Development by the institute of fire engineers (IFE).

He said: “We are delighted to be hosting our colleagues from across the UK – not only in the spirit of competition, but also to share skills and techniques in partnership that will help us keep communities even safer.

“Our teams here in Scotland have an excellent track record in the event, but we are encouraging teams and stations from across the country to sign up and take up the open challenge.

“This is an excellent opportunity to broaden skillsets, meet colleagues from across the UK and be in with the chance of representing the Scottish Fire and Rescue Service at the UK National Rescue challenge hosted by Derbyshire Fire and Rescue later this year.”

Each team is assessed by World Rescue Organisation and UKRO assessors.

Teams competing in the water challenge are assessed on a series of skills including boat handling, with last year’s winners being a team of SFRS national instructors closely followed by Ayr Fire Station.

Also last year, SFRS trauma teams from Ayr and Stranraer were assessed during ‘live’ scenarios one example including where a motorbike had crashed into a bus – Stranraer took the title of Scottish winners while a team from County Durham and Darlington Fire Service won the overall award.

To register interest and for more information, email sfrs.scottishrescuechallenge1@firescotland.gov.uk