Firefighters remain at the scene of large building fire in Glasgow

Crews currently remain at the scene. 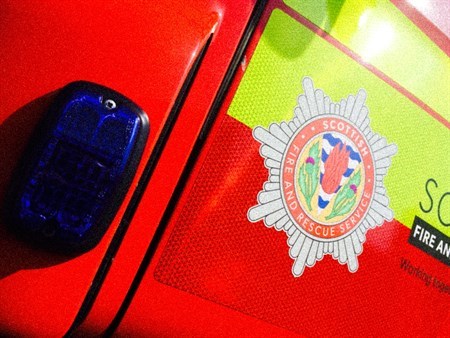 Firefighters currently remain at the scene following a large building fire within a block of flats in Glasgow’s Lancefield Quay.

At its height, a total of 15 fire appliances were mobilised to the location after the fire took hold within the second floor of the three-storey building at around 6.43pm on Monday, December 9.

Crews worked through the night to contain and then extinguish the fire. There were no casualties.

Today, on Tuesday, December 10, there are currently two appliances remaining at the scene. Firefighters continue to work to make the area safe.

The Scottish Fire and Rescue Service (SFRS) is also working closely with partner agencies to support residents whose homes were affected.

Roddie Keith is the Local Senior Officer for the City of Glasgow.

He said: “We’ve had extensive firefighting operations overnight as crews used breathing apparatus and a height appliance to tackle the fire, which was affecting the roof of the property.

“We faced challenging conditions as the inclement weather closed in, but the fire has now been extinguished and we will remain on scene for an extended period to ensure the building is safe.

“Several flats have been directly affected and our thoughts are with the residents whose homes have been affected.

“I’d like to thank our crews and our partners for all their efforts, as well as the community for their patience and understanding as well as support at this time.”