A firefighter has completed an epic transatlantic cycle to Syracuse University in New York to pay tribute to those who lost their lives in the Lockerbie air disaster 30 years ago. 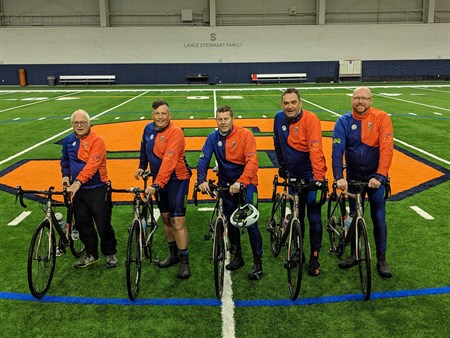 A firefighter has completed an epic transatlantic cycle to Syracuse University in New York to pay tribute to those who lost their lives in the Lockerbie air disaster 30 years ago.

The team started with a tour of local schools in September, followed by a mass cycle from Lockerbie to Edinburgh, before a gruelling 600-mile journey from Washington DC to the university.

Thirty five students from Syracuse University were among the 270 people who died when Pan Am flight 103 exploded above Lockerbie on December 21, 1988. 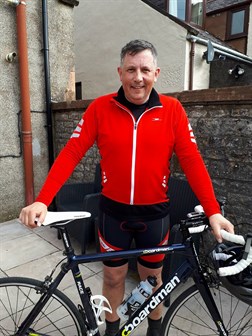 Paul, a retained firefighter based at Lockerbie since 1998, said: “This has been an incredible experience – one I'll realistically never be able to repeat, and absolutely one I'll never forget. Also being able to represent the Fire Service at the Rose laying ceremony at Syracuse University was an honour and a privilege.”

“It really has been such an honour and privilege to pay my respects and on behalf of all of those involved I can't thank everyone enough for their support over the past couple of months.”

The team began the final leg of the Cycle to Syracuse on October 24, setting off from Washington DC on a punishing six-day trek that passed through Baltimore, Philadelphia and New York City along the way.

This included dinner at the British Embassy in Washington, crossing the Hudson River, and being piped into New York’s iconic Central Park – the latter Paul described as “something very special”.

For all the sights and splendour, however, it was speaking with the families and friends of those who lost their loved ones that’s left a lasting impression.

Paul explained: “At the time, it's all a bit of a whirlwind as we were meeting so many people over the week, while also focusing on the cycle itself.

“We didn't really get a chance to reflect on it too much at the time, but thinking back now just even a few days later, it has left me physically, mentally and emotionally exhausted. 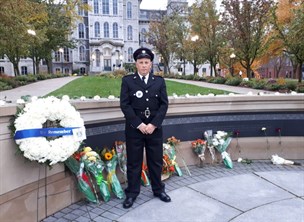 “On our very first day, we were waved down by a family at a petrol station who had been following our cycle online.

“It was just a quick chat, when they told us they'd lost family on the flight, wished us good luck and waved us off again.

“Later that day, one of the girls had written a blog – and it turned out she'd lost her grandfather, uncle, mother and her unborn sibling.

“We also met a mother who'd lost her daughter. She was 85, and too old to ever travel to Lockerbie now, and she told us that it was like Lockerbie had come to her.

“Another mother said that that she felt like her son had been 'brought home'.

“We wanted to show our support to these families, and we were proud to be able to do so, but it still knocks you for six to hear this.

“I was very proud, and it’s still quite emotional to think about.”

Paul also noted how the combination of adverse weather and unsuspecting hill climbs took its toll on the dad-of-one and his teammates.

He said: “The weather and terrain didn't help us at all, bar one day – we had cold temperatures, strong winds and heavy rain for much of our cycling.

“And we're talking inclines each day of three to four thousand feet, some more severe that anything we'd get around here.

“The most I'd cycled at once before signing up was maybe 10 or so miles, possibly once or twice a year, so to be honest it was quite a daunting challenge for me.

“We'd all put in the miles and trained hard, but the consecutive days of cycling were difficult, and the hills were definitely more than we'd bargained for.

“I hit the wall on day five, and was really running on empty – but I pushed through with the help of my teammates and made it to the end as I was determined to complete this challenge.”

Hamish McGhie, the Scottish Fire and Rescue Service's Local Senior Officer for Dumfries and Galloway, said: “The Cycle to Syracuse undoubtedly acts as a sincere marking of the 30th anniversary of this tragic disaster which unfolded over Lockerbie 30 years ago – and the efforts of Paul and his team will only strengthen the already close links between our communities here and in Syracuse.

“I'd like to take this opportunity to congratulate the team for their outstanding efforts.

“I was very privileged to be able to join them on the cycle from Lockerbie to Edinburgh last month, and I’d like to thank them all for asking me to take part in this important event.”