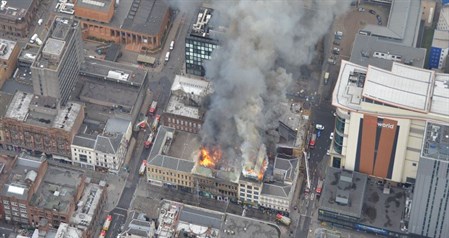 At its height, more than 120 firefighters and 20 fire engines were mobilised to the city centre after the alarm was raised at 8.18am on Thursday, March 22. 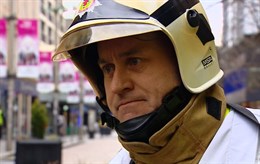 Around 30 firefighters and eight fire engines remain in attendance and firefighting is ongoing on Friday, March 23.

Atmospheric testing has concluded that there is no risk to the public from asbestos.

Assistant Chief Officer Lewis Ramsay is the SFRS Director of Response and Resilience and was the Incident Commander.

Speaking today he said: "There is still a lot of work to be done on the ground to ensure that this fire is completely extinguished.

“We will remain on the scene for as long as it takes and we are absolutely committed to preventing any further damage to surrounding properties and ensuring the area is made safe.”

The fire took hold within several commercial properties including a nightclub on one of Glasgow’s most iconic streets, causing extensive damage to a four storey block.

ACO Ramsay continued: “This was an incredibly difficult and complex incident – but the actions of our firefighters were and continue to be outstanding.

“This is a historic area of Glasgow - through our aggressive intervention and planning we were able to protect iconic buildings, such as the Pavilion Theatre, from significant damage

“I would like to take this opportunity to thank the hotels, businesses and people of Glasgow who opened their doors to our firefighters and our emergency service partners for their invaluable and continued support.”

An investigation will be carried out in due course to establish the cause of the fire.