Reduction in dwelling fires and casualties across South Lanarkshire 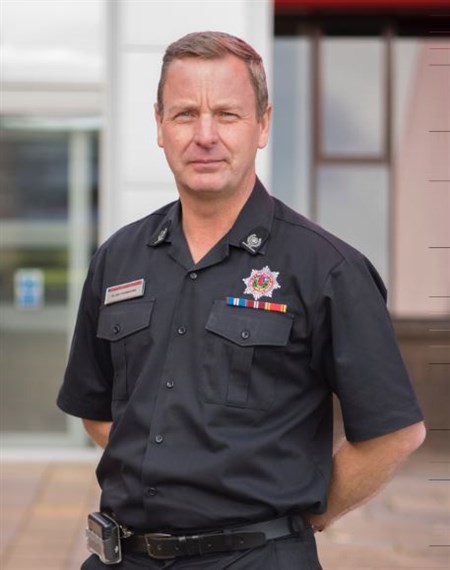 Latest figures reveal a total of 56 accidental dwelling fires reported between October and December 2016, this is 17 fewer than for the same period in 2015. The number of fire-related injuries also fell by 73 per cent from 15 to four casualties reported.

He praised the reductions, but added his team and their partners throughout South Lanarkshire remained committed to making communities safer.

He said: “Although these reductions are very much welcomed, we are absolutely determined to improve the safety and wellbeing for everyone in South Lanarkshire”.

“A crucial part of this ongoing effort is our targeted Home Fire Safety Visits from partnership agencies referrals which ensure we reach the most vulnerable in our community.

The report also revealed deliberate fires have increased slightly in this quarter but the overall trend is still reducing.

Anti-social behaviour is linked to these fires and the Service works closely with its partner agencies, such as Police Scotland and South Lanarkshire Council to reduce this issue and keep communities safe.

LSO Fairbairn added: “A great deal of work has gone into identifying and addressing anti-social behaviour in our communities; no singular agency can reduce this on their own so it is very much a partnership approach.”

Another area of note was the number of Road Traffic Collisions and other medical emergencies attended by Scottish Fire and Rescue Service personnel, 57 in the last quarter.

LSO Fairbairn explained to the Board that his resources deployed across South Lanarkshire were often first on scene with the skills and expertise to provide lifesaving interventions to their local community, especially in rural areas.