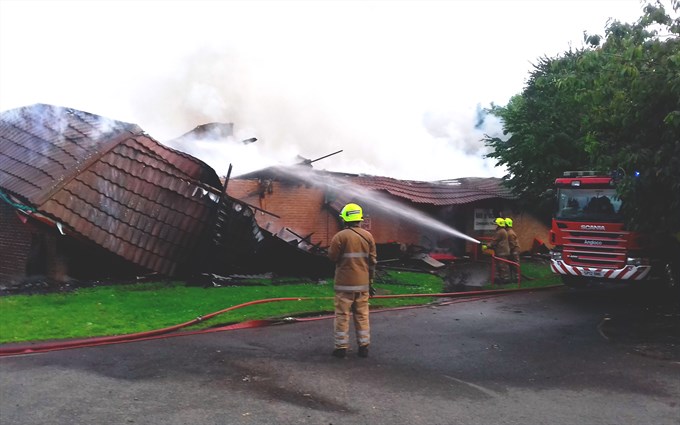 Scottish Fire and Rescue Service crews worked to protect the public after a fire took hold at the Mill O’ Mains Pavilion in Dundee over the weekend.

A total of three fire appliances, including an aerial appliance, were immediately mobilised to the city’s Hebrides Drive after the alarm was raised just after 8pm on Sunday, July 23.

There were no reported casualties and crews left the scene after ensuring the area was made safe.

A joint investigation will now be carried out with Police Scotland to establish the cause of the blaze.

Station Manager Fraser Scott said: “Our firefighters responded quickly and immediately discovered that the fire had already taken hold of the roof space of the property.

“A height appliance was used to allow water to be directed into the building from above, while crews turned three high-powered hoses onto the flames from below.

“I’d like to praise the swift response of our firefighters who, as always, worked extremely hard under challenging conditions to bring this incident to a safe conclusion and ensured the safety of the community.

“Sadly, the damage to the building has been extensive. Our firefighters have attended the scene to talk to those directly affected by this fire and are, of course, available to provide any further assistance, support and reassurance to the residents of Mill O’ Mains.”