Force is strong for Edinburgh youngster

Darth Vader and his stormtroopers visited McDonald Road Fire Station from a galaxy far, far away to present a special wish 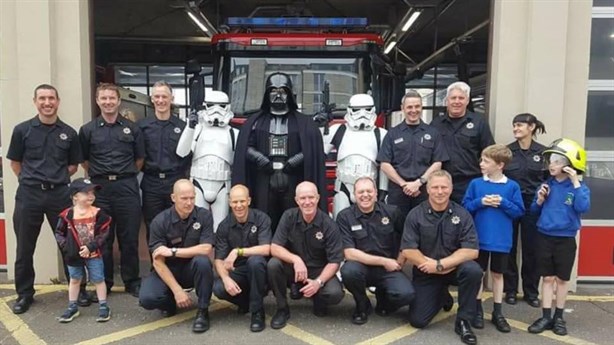 Firefighters were delighted to fulfill a little boy’s dream to become a firefighter for the day – with some help from Darth Vader and his Storm Troopers!

The White watch crew at McDonald Road fire station in Edinburgh opened their doors to  Jonathan, aged 4, and his big brothers back in June.

And during the station visit, Jonathan learned that he would be visiting Legoland Windsor – thanks to When You Wish Upon a Star, a charity which grants the wishes of children living with a life threatening illness. 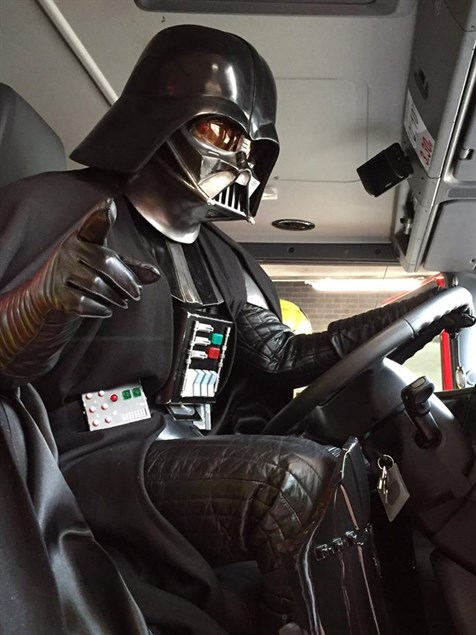 Watch Manager David Anderson of the Scottish Fire and Rescue Service said: “We were only too happy to welcome Jonathan into our station for the day – and he proved himself to be a fantastic firefighter!

“In fact, we were glad to have him on board - because working with Darth Vader and his Storm Troopers was a little daunting to say the least.”

Delighted Jonathan and brothers Ben and Thomas  were given a personal tour around the station before being kitted out in fire gear and given some hose training.

A special parade was then arranged where the “new recruits” lined up to be inspected by Darth Vader to the music of the “Imperial March” playing over the speakers.

Jonathan was then told he would be heading for Legoland in July – much to his delight.

Watch Manager Anderson added: “The Fire Service places a huge emphasis on team work and Jonathan, Ben and Thomas should be really proud of all of their efforts in hose running, which is not easy!

“They even managed to pass Darth’s inspection which is saying something. That man has very high standards.

“We were only too happy to make Jonathan’s dream come true by combining his love of fire trucks and Star Wars.

“But his face was a picture when he learned he was going to Legoland – and his smile meant so much to us all.” 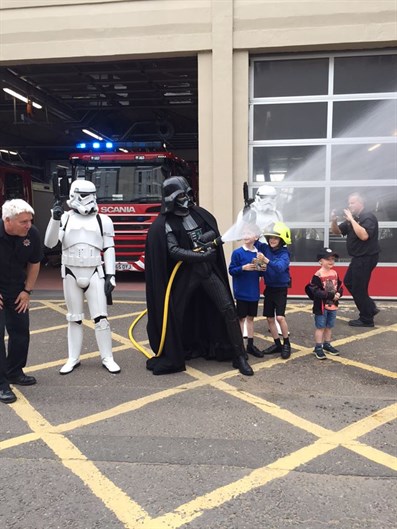 Judith King who works with the charity said: “What a morning we had! Everyone at When You Wish Upon A Star are so thankful to the crew of White Watch, everyone was so welcoming and the family had a fantastic time!

"The Wish Presentation was all about creating and making precious magical memories, putting illnesses to one side and bringing smiles and laughter to everyone.

"Watch Manager David Anderson and the Crew of White Watch made this happen and more and I can't thank them enough.

"We are thrilled to have been in a position to grant Jonathan his Wish to Legoland. It's only with our wonderful supporters throughout Scotland that we can continue to make special dreams come true for our amazing and courageous Wish Children”

For more information on When You Wish Upon a Star visit http://www.whenyouwishuponastar.org.uk/