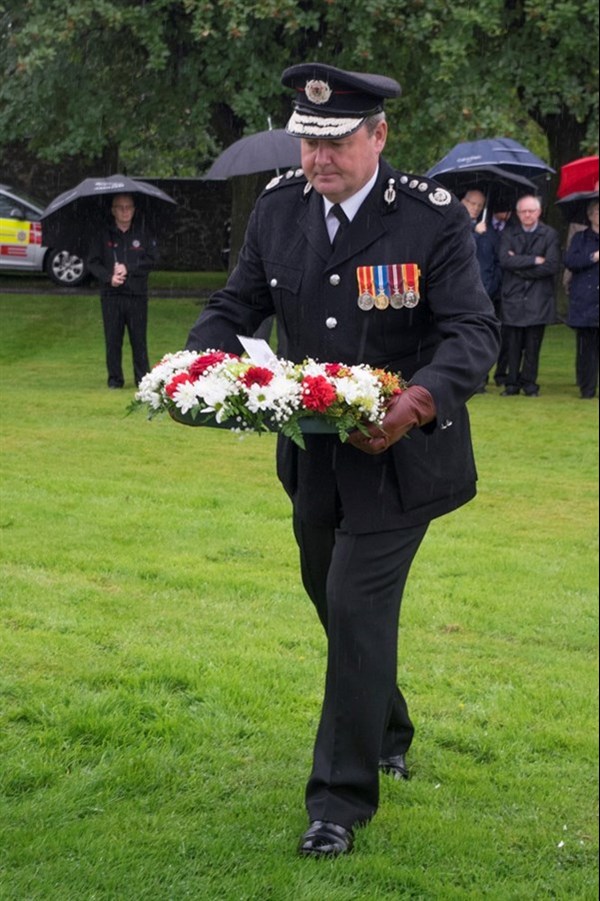 The Scottish Fire and Rescue Service today marked the loss of seven firefighters on the 45th anniversary of the Kilbirnie Street disaster.

Chief Officer Alasdair Hay led a wreath laying ceremony at the Glasgow Necropolis to pay tribute to those who gave their lives protecting others.

He said: “I wish to pay great tribute to those who made the ultimate sacrifice for their communities.

“I am proud to say that the spirit and bravery of those firefighters lives on in those serving in our service today.”

He added: “As career firefighters we know that every day men and women in fire and rescue services around the world risk their own lives to save the lives of others.

“Bravery and selfless devotion are inherent in every firefighter – it’s what drives them to join the service and commit, without question, to environments that many people could never even imagine.

“It is therefore appropriate that we mark their sacrifice on this day.” 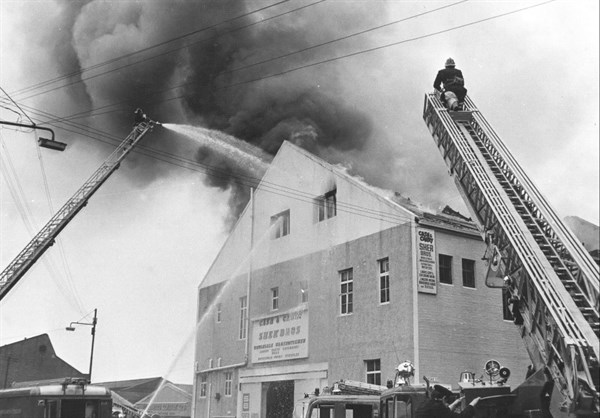 The disaster unfolded shortly after 11.20am on Friday, August 25, 1972 when crews from the former Glasgow Fire Service raced to the scene of a ferocious blaze at the Sher Brothers’ warehouse in Kilbirnie Street. 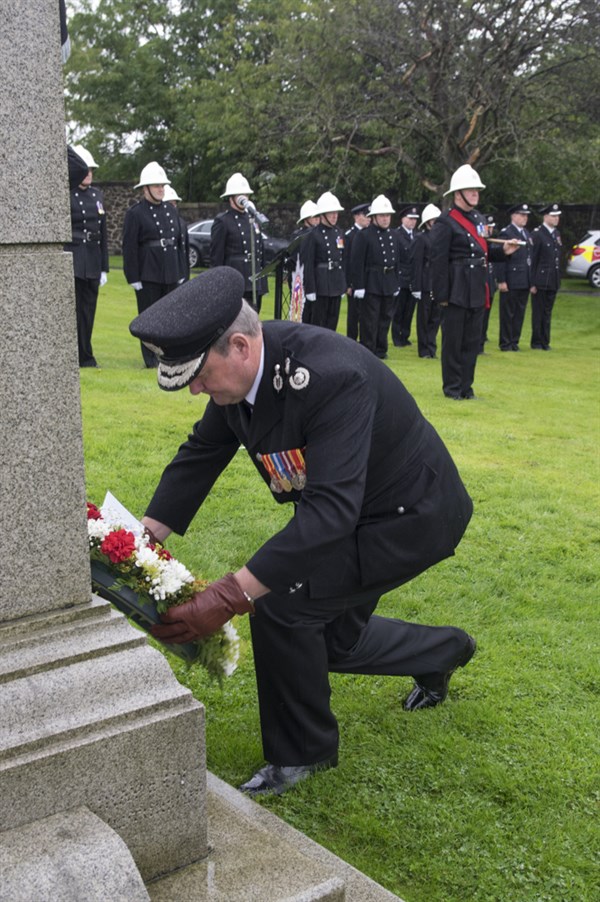 To honour Glasgow's fallen firefighters, the Firefighters' Heritage Trail has been created to tell the stories of some of the people and places that have played an important part in the history of firefighting in Glasgow.

People can find further information on SFRS heritage at www.firescotland.gov.uk/about-us/who-we-are/our-heritage.